Further to Craig’s piece about the fab regularity of Ash Sarkar’s TV appearances, I was thinking the very same thing only yesterday. 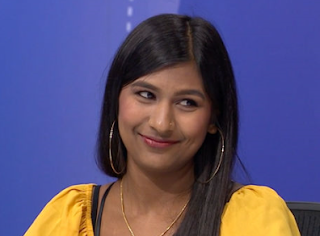 Not only in respect of our favourite literal commie - but what about the plethora of other glottal-stopping far-left political pundits, several (but not all) of whom are funny-tinged. (As I’m neither Angela Smith nor pale and interesting myself, I claim my privilege to use the phrase.)

The thing is, has the political median shifted so far to the left that the BBC believes it already includes a sufficient ration of ‘right-wing’ contributors to provide its charter’s obligatory balance?

If that’s what they think, then which individuals do they see as the alt-right equivalent to the Novara Media brigade?

We don’t see much of Nick Griffin these days, thankfully, and when Michal Szewczuk and Oskar Dunn-Koczorowski appeared on our screens in wasn’t in the capacity of political punditry. Anyway, they’re currently unavailable.  But neither can we see, say, Tommy Robinson, unless he’s in the news for some other reason.

I’m not at all anxious to have a tidal wave of right-wing faces beamed into my living area, but we rarely even see Douglas Murray, and I can’t say that Toby Young is literally a fascist or even an alt-right reactionary. Nor is JR-M.
We do see Melanie Phillips occasionally, but she’s not on every single edition of Politics Live, now is she?