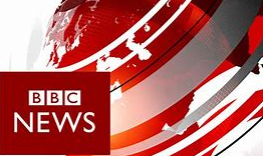 The BBC has been in the news quite a bit this week. Here's a round-up of some of those stories.

1. Channel 4 has complained to Ofcom about the BBC's plans to expand its iPlayer streaming service to allow programmes to remain available for a year rather than for 30 days. Channel 4 believes it could harm the BBC's rivals (including itself).

2. Though ending free licence fees for most over-75s, the BBC is spending more on its 'talent' this year than it did last year, with the amount spent rising from £148m to £157m.

3. There are now three women in Top 10 of the BBC Rich List - Claudia Winkleman, Zoe Ball and Vanessa Feltz. Hurray!

4. Though ending free licence fees for most over-75s, the BBC will be spending £3m on branded mugs, magnets, hoodies and umbrellas - freebies to be given to staff and viewers to promote programmes and “corporate identities”.

5. Around 7 million people watched England’s win over Norway in the Women’s World Cup quarter-final - more than watched the men's FA Cup final. The BBC's promotion of women's football appears to be working.

6. The BBC got accused of caving into the Foreign Office over its apparent censoring of Boris's comments called the French 'turds' from a BBC Two documentary series. Apparently, the French aren't 'turds'.

7. Boris himself based the BBC at a hustings in Carlisle, calling it "the Brexit Bashing Corporation" and adding, “All of their highly expensive presenters mean that they can’t afford to look after over 75-year-olds when it comes to their TV licence.”

8. The SNP's deputy leader criticised the BBC for an infographic which appeared to minimise the scale of the SNP vote share in the European election. The BBC said that the bar chart was merely indicative, but the nationalists complained that the SNP bar was too short. They wrote an angry letter to the BBC.

9. Emily Maitlis got into bother for letting her dog take up a seat on a busy GWR train from Cornwall to London. She responded with an article in The Times saying "Photos of my whippet in his own seat tell only half the story. The carriage was not full, and humans had dirtier feet on the upholstery". And her poor dog is poorly.

And that's all we have time for I'm afraid. Stay with us. Now for the weather with Tomasz Schafernaker...
Posted by Craig at 15:34