Guess who was on 'Newsnight' last night?


I had to smile at this Twitter exchange overnight:

Lucy Allan MP: Why did the media give this small group of noisy rebel MPs, with no followers, so much air time?
Tim Montgomerie: Such a good question.

They were talking about Change UK.

I smiled even more when I saw that Anna Soubry had on Newsnight last night.

And: All change for the fledgling party of dissenters! They lose six members and swap leader. What's gone wrong? We ask Anna Soubry.

The rather bizarre (and unintentionally hilarious) interview began with Emily reading a tweet of praise for Change UK from 'independent Conservative' MP Nick Boles, drew near to its close with Emily talking of all the "goodwill" there'd been for the party (and sounding as if she'd shared it), and ended....(seriously, I'm not joking here!)...with Emily saying to Anna, "Do come back!" 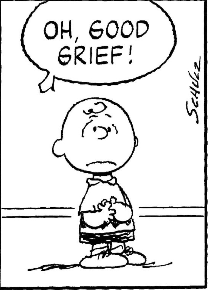 I can't see dear Anna getting any less airtime from the BBC & Co. Frankly, even if Change UK kept on dividing and sub-dividing and eventually got down to just Anna plus a single sub-atomic particle (probably a strange rather than a charm quark I suspect) I bet she'd still be on most weeks.