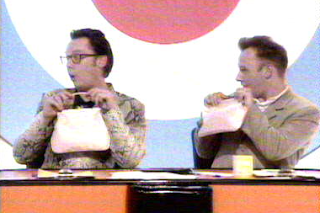 PAUL DANAHAR: Here’s the full Piers Morgan interview with Donald Trump. The top line is……well there isn’t really a strong top line. It’s odds and ends about various stuff but unless you have 30 mins to kill you can skip this one.
PIERS MORGAN: BBC news chief who failed to get interview with President Trump announces there is no news in rival network’s exclusive interview that’s currently making news around the world... methinks the green-eyed monster’s blurred his vision!

'Some say' the BBC's World Affairs Editor was sneering at the ITV man without having watched the interview. See if you agree with 'Some' here:


I only saw a minute or so of Piers Morgan's long interview with Donald Trump, but apparently he didn't get round to challenging him on pulling the US out of the Paris Agreement on climate change.  Lots about the Royal Family, though, I'm told.

And, Further Update, it's still going on:

Still, eventually Old Simpers got round to watching it and replied to someone else saying:


Hi @anneshine33. I've seen the full Piers Morgan-Trump thing, & you're right, it's not as godawful as the previous ones. But so many huge questions left unasked - not just the Paris Agreement. If only Emily Maitlis could have grilled Trump instead!  Not a chance, of course.