Today Radio 4. At about 7:45 we heard from Zineb El Rhazoui, “a Charlie Hebdo columnist who was on holiday in her native Morocco when the attack happened and who has been part of putting together the latest issue.”

I was mildly interested in the background of  one of Charlie Hebdo’s contributors with such an ‘Arab-sounding’ moniker. Well it seems she Tweets about Sweden’s decision to recognise Palestine, and about this.  Israelis breaking out the popcorn to enjoy the spectacle of the “bombs falling on Gaza.” (or the iron dome preventing bombs falling on them)
The jury’s probably still out on that.

In her interview she kept on mentioning a mysterious Michael Eagues, which (silly me with my cloth eared inability to adjust to the French accent) was her pronunciation of ‘my colleagues’.
Not so cloth-eared was my instinctive apprehension at the way she was trying to defend Charlie Edbo’s attitude to Islam.’ Attacking Islam is no different from attacking any other religion’ is what she was saying. “It’s our way of recognising that Islam is an ordinary religion, just like any other”

Well, that’s not very encouraging to some of us.

What was Angela Tilby on about on this morning’s Thought for the day?
She went into a considerable amount of detail with a graphic and heartfelt summary of the Dreyfus affair. But the message she drew from it, if I’m not mistaken was we must never demonise the ‘other’. My instinctive apprehension detected that in this instance she was not only talking about the Jews. In fact, not even talking about them. Please correct me if I’m being unnecessarily disputatious. 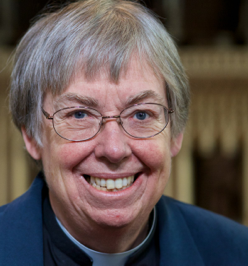 “That inclination to disputatiosity is how Jews are, thank Marduk. (and that verbal borderline sacrilege is also how they/we are; lightening the truly serious.)” from a comment on H/P of which more later. Sorry, must dash.
Update.
I had to go to the dentist. (all clear!) Now I’m back, and I can link to the item, which is now available here. It’s the last bit that is rather menacing. I’m sure the message is supposed to be ‘beware of Islmophobia’.  I wonder if Angela Tilby watched last night’s Panorama?

(I thought it was perceived opinion that Jews are not a race, but as a secular individual with no religious education or cultural connections, where has my disputatiosity come from? )
Posted by sue at 09:29