The Paris attacks and 'Dateline London' 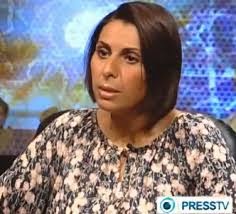 That edition of Dateline London was a good deal stronger than might have been expected.

It brought out, doubtless much more powerfully than it ever intended, the absolute gulf in outlook between even the most liberal of the Dateline panelists and the sole Muslim in the studio.

Everyone except Nabila Ramdani took the side of the cartoonists and freedom of speech. She, in contrast, insulted the dead, made excuses for the killers, played the 'backlash' card and expressed the belief that freedom of speech ought to be curtailed.

Agnes Poirier began by talking very movingly about the cartoonists of Charlie Hebdo.

Nabila Ramdani then said that the recent attacks were unprecedented in France, forgetting (for some reason) the victims of the Toulouse massacre (where a Jewish teacher and three Jewish children were massacred by a Muslim gunman). She quickly brought in the point that Islam is a "very decent" and "peaceful" religion before moving straight on to the alleged 'backlash' against Muslims.

Gavin Esler began by going along with her, describing the terrorists as "fringe figures in French society" - "two orphans" in "dead end jobs" - and asking, "Are they easy prey?" (Oh, boo-hoo Gavin!)

Nabila Ramdani agreed that they were "very easy prey" and talked about their backgrounds and about the racism faced by French Muslims.

Alex Deane began the move to put a halt to this BBC sort of consensus. He said these atrocities were an attack on two things: (1) free speech and (2) France's Jews. He said defending popular speech is easy. The need is to defend unpopular speech. He reminded his fellow panelists that there wasn't just an attack on journalists, there was also a deliberate anti-Semitic attack - an angle just as important as the free speech angle, but one that is being under-reported. There needs to be a greater media focus on the hatred of Jews in France.

Michael Goldfarb noted that President Hollande said it was an anti-Semitic attack and reminded people of Toulouse. He then said that people "can't make excuses", in response to Nabila Ramdani (and, perhaps, Gavin Esler). He said that attacks on free speech happen every day in the Middle East and Pakistan, and have been doing so for 40 years. Gavin Esler said that governments do that too, citing the Saudi flogging of a blogger.

Michael Goldfarb then began sounding a liberal note on Islam, and was challenged by Alex Deane.

Nabila Ramdani said that she was not making "a liberal excuse" and that she condemned the attacks, but this was swiftly followed by a "but"..the but being that the killers were "impressionable, vulnerable" young men and, thus, easy prey for radicalisation.

Gavin Esler chimed in that such radicalisation comes from hate preachers who are mostly "middle-aged men".

Nabila Ramdani said that it's not about free speech. It's about al-Qaeda-linked "criminals".

Given Esler brought up the anti-Islam demos in Germany and quoted Nigel Farage, inviting Agnes Poirier to comment on those (as predicted).

Agnes Poirier stuck to her guns and declined that invitation. She said that the French Republic has become too complacent in recent years, that it has undermined its own values by giving concessions to certain groups, allowing them to become 'more equal' than others. Instead of everyone being enjoined to be French and adhere to French values, the Republic has allowed the growth of 'French-plus' groups, French-hyphenated groups. For her, this week's atrocities should be seen principally as an attack on democracy itself.

Alex Deane recalled the Dutch politician Pim Fortuyn's distinction between multiracialism (which is good) and multiculturalism (which is not). (Mr Fortuyn was murdered by an 'aggrieved' Muslim). He worried about the news 'soldier' types who fight on, as these did, instead of just committing their atrocity and either turning their guns on themselves or going out in 'a blaze of glory'.

Gavin Esler then raised the issue of whether the Snowden revelations have harmed our intelligence services' fight against terrorist. He wondered whether "those of us" who agreed with what Edward Snowden did (speak for yourself, Gavin), should think again.

Nabila Ramdani praised President Hollande before launching into a very nasty verbal attack on the journalists at Charlie Hebdo, who she called "very nasty". She ranted about them "pursuing a crusade" to suppress Muslim freedoms. She said there is no absolute freedom of speech.

Agnes Poirier said, "I have to disagree very strongly." She recalled another BBC discussion they'd had yesterday where Nabila Radmani had called the victims "racists". Agnes said that's "a lie". "You're defaming their memory", she said.

Nabila repeated that the victims were "racists", publishing "hateful, vindictive and prejudiced cartoons".

Michael Goldfarb and Alex Deane argued with her. "You do seem to blame the victims", said Alex. "You like freedom of speech up to the point where they say things you don't like".

Gavin Esler also seemed to be getting angry with her, making a quick counterpoint and then moving on swiftly to another guest. She was evidently going too far even for him. (He must also have realised the atrocious impression she was making, especially as she was the sole Muslim in the studio).

His liberal instincts soon returned as he asked about the 'backlash'.

Nabila Ramdani said the backlash is underway. Agnes Poirier disagreed, saying there's been no backlash yet. Alex Deane said those with most to fear from a backlash are France's Jews. Michael Goldfarb said that there will be many backlashes, against all manner of groups.

And the discussion then ended.


P.S. The split in that studio rather mirrors something National Review had revealed from a leaked email exchange at Al Jazeera, where Western journalists (including BBC types) have been falling out with local, Muslim reporters over the station's attempts to undermine support for Charlie Hebdo (h/t Guest Who at Biased BBC).


P.S. There's a comment beneath an article in the Guardian by Tariq Ramadan that reflects my experience of listening to Nabila Ramdani and her use of the word 'but' here:

No. not well said


They said they were avenging the prophet. That was wrong. In fact, it is the message of Islam, our principles and values, that have been betrayed and tainted. They refer to Islam to justify what they did. From a religious viewpoint, I feel it is my responsibility to say that this has nothing to do with the message of our religion.

Tell that to the swathes of the Muslim world that would have censored these cartoons. And imprisoned the cartoonist. Or executed them.

Tell it to the significant Muslim population that would have rioted over these cartoons, and demanded the death of the cartoonists.

That said, there is also a wider political side to this equation.


We condemn what happened in France.


We condemn the violent extremism that is targeting westerners.