There's a depressing article from last July in Tablet magazine called How a City in France Became a Mecca for Islamists written by French writer Marc Weitzmann.

The piece describes a visit to Roubaix, Northern France - the city where alleged Jewish Museum killer Mehdi Nemmouche was born and raised. Once called "the city of the thousand chimneys", Roubaix now has 40% unemployment and an exceptionally high crime rate. Marc Weitzmann paints a scene he sees:

From one of the trailers, a heavyset blonde woman sells sandwiches and lukewarm beers to two middle-aged men, who then sit on a stone bench to eat and drink and watch the slow traffic of passing cars. A young Arabic man appearing at my side and crossing the street calls the two men “bums” as he passes. “What are these bums doing here?” he says aloud for no one in particular. The bums in question are the only Caucasian people in sight. Around them, women of all ages go about their business, wearing, all of them, the heavy dark cotton dresses and the black scarf of observant Salafists.

There was a row over enforced halal in a fast-food restaurant five years ago, pitting the Socialist mayor against a “Committee of the Mosques”—a lobby set up for the occasion, gathering five of the six mosques of the city, and apparently modelled on the committee behind the burning of The Satanic Verses in Bradford back in 1989.

In between, the polemics in Roubaix became so fierce as to attract national attention. From Paris, Marine Le Pen stepped in, denouncing in the “Quick Burger case” of Roubaix an example of what she called “the forced Islamisation of France.”

According to Marc Weitzmann,


The last synagogue was destroyed here in 2000, and since then a Jewish presence in Roubaix, once the capital of the global shmata business, is unheard of.

....unlike anti-Jewish prejudices. Research carried out among young Arabs/Muslims there found that a majority...

...sees Jews, Israelis, and Americans as virtually of the same hateful species: They want to control the media, they support Israel, they make war, they discriminate against Arabs—and, more generally, are behind “the global order,” in which the inhabitants of Roubaix are very definitely the losers.

Besides Mehdi Nemmouche, Roubaix was also associated with Christophe Caze and Lionel Dumont, who fough in the Balkans with a group affiliated then to Osama Bin Laden.

Back in Roubaix, in 1996, Caze and Dumont became famous as the main members of le gang de Roubaix—an organization of 10 people that they had set up and that in the winter of that year began robbing banks with the goal of using the loot to finance jihad.

Souleifa Badaoui, lawyer for Nemmouche when he was a delinquent, is quoted as saying,


They used to call Roubaix the Mecca of socialism, now it’s just Mecca. The Mecca of French Islam.

In his piece, Marc Weitzmann is also critical of a foreign reporter (Alissa Rubin of the New York Times) who flew into Roubaix "and managed to spectacularly miss what was going on in the city". (Her article was called “A French Town Bridges the Gap Between Muslims and Non-Muslims”).

Turn next to this week's Broadcasting House on Radio 4, and you'll hear a report from Hugh Sykes . It comes from the very same Roubaix yet it sounds like a completely different place.

Here's a transcript of the report in full: 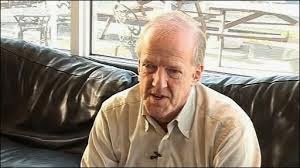 Well, right now, I'm starting off from Lisle, which is in the north, and around Lisle there are sprawling towns and suburbs, some of them nudging the Belgian border. And there's a rainbow diversity of migrants around here. France though is still absorbing the shock of the Charlie Hebdo massacre and the associated members of French Jews who were killed because they were Jewish and in a Jewish supermarket - jihadism and European history colliding on the 7th January. Anti-Semitic violence isn't new, of course, in France but psychopaths posing as Muslims loyal to Mohammed and slaughtering cartoonists and journalists in his name is a fresh category. I've been to a town near here which believes it's a model of harmony, of racial and religious coexistence.

Music on a Metro platform - the smart, fast underground railway with driverless trains. I'm on my way to Roubaix. Roubaix's a former mill town that used to be 'the Manchester of Northern France'. Lisle was the textile centre in the south.

I had to shelter from wild wind and rain and chose a cafe on the Grand Place, opposite the tall, elegant Hotel de Ville, Roubaix town hall. The Charlie Hebdo executions are still a shock here. Disbelief takes time to retreat.

"It's constantly in mind. We can't forget it. It's very serious. These were savage, barbaric events," says Roubaix Council's communications director, Jerome Dumont. "And I dare say, " he goes on, "that nothing in France will ever be the same again. Unavoidably, this is the start of a new era".

Roubaix's reputation for racial and religious coexistence can be used as a role model, he believes. An estimated one in five of the people here are Muslims, and migrants - or descendants of migrants - from north Africa. But Roubaix also has one of the potential catalysts for radicalisation - a lot of unemployment.

Migration to Roubaix has deep roots. Refugees fled here from tyrants and dictators and chose this town because there was work in the textile mills. There are churches here and six mosques and five Buddhist temples. Dozens of national origins are represented.

That's the priest in charge of six Catholic churches in north Roubaix, Pascal Dame. But that Roubaix mix, he says, includes economic and political refugees, people looking for work or fleeing cruel regimes, like those of Pol Pot, Mussolini, Franco. And Pascal Dame believes it's a harmonious mix in Roubaix. Migration here has been gradual, not a sudden shock.

"Immigration with a sudden shock is very important," he says. "You have to put yourselves in the shoes of people who hardly ever meet anybody from overseas and then feel lost when there are suddenly large numbers of them." But he says one should beware of melting pots if they become the kind of multiculturalism which expects everyone to blend and homogenise. He prefers dialogue. "Dialogue is not uniformity," he says, "and dialogue enables everyone to come together while still respecting their differences. Roubaix is good at that".

Eight men sitting in a circle at Bilal mosque, chanting the Koran. They recite two or three pages a day. And they start at the beginning of the month and they finish...get to the end of the Koran at the end of the month, and then they start again. And they do it all the year, Khadir's [sp?] just told me. Khadir was showing me round. I met him by chance. He'd just finished praying. I'd just walked in. Open front door. And a warm welcome from the president of the local Muslim Association, Abdelaziz El Khaily.

"But that could change now?" I suggested to him. The Charlie Hebdo killers who shouted 'God is great!' have led to some people saying that they are now afraid of Muslims.

"Yes, that's true", he says, "but there are also Muslims who are now afraid of others. "

"They are victims of amalgam [?]," he says. "These people were terrorists. Just because somebody shouts 'Allahu Akbar!' or 'We avenge the Prophet!' doesn't mean that they represent Islam. Find me a single recognised Islamic scholar who'll endorse that kind of action and you won't. There aren't any."

"And there's another difficulty," he says. "There's no real link in France between Islam and the state. Nobody the government knows that they can turn to who's an agreed representative of the religion here." He'd like somebody to be elected as a spokesman for Islam in France.

That could be hard to achieve. Not all French mosques are as contemplative as this one. In the south, for instance, in a town where at least twenty young Muslims have gone to fight jihad in Syria, the local imam praised them and said French foreign policy in North Africa and the Middle East was their justification.

Young boys, barely teenagers, running away from the police in Roubaix's Grand Place. So in this place of tolerance and tension, how to identify the young men...they are mostly men...who might fall prey to the false Muslims who want to turn them into terrorists?

"They are people on the verge of exploding," says the mosque president Abdelaziz El Khaily. "Finding them before they do explode is the business of all of us - of schools, of the government, of mosques".

At the town hall, Jerome Dumont agrees this is their responsibility.

Father Pascal Dame. On Sunday last week here in France millions marked under 'Je suis Charlie' banners but since then several commentators have pointed out that talk of unanimity was a bit premature. In those crowds there were few faces from the precarious banlieues. 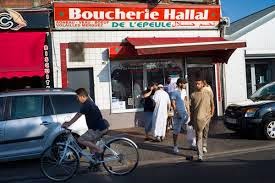 Whereas the former stresses the end of Jewish worship in Roubaix, the collapse of Roubaix's Jewish population and the depth of anti-Semitism among Roubaix's Muslim population, the latter doesn't consider them at all.

Whereas the former stresses the town's connections with high-profile jihadis, the latter doesn't even mention them. (Wouldn't you have thought that Hugh Sykes might at least have mentioned Mehdi Nemmouche?)

Scanning the internet for answers leads to the discovery that, according to the local newspaper La Voix du Nord (roughly translated):

More recently, young people from the neighborhoods of Roubaix, having a radical version of Islam, have been monitored by the authorities. In 2012, three Roubaisiens were arrested as part of a national anti-terrorist operation. Among these was A. Said, a young 28 year old at the time, living in the neighborhood of Fosse-aux-Chenes. The young man was monitored from a trip to Turkey during which he had tried to reach Afghanistan. He explained to be "conducive to the implementation of sharia" and wanted to "go in a Muslim land to live in an Islamic state and serve ". In 2013, several from Roubaix, perhaps dozens, went to Syria to fight. Among them, Sofiane D., 20, was killed in Aleppo on 2 September. His family settled in the New Roubaix neighborhood learned of his death by "brothers in arms".

This suggests that Hugh Sykes' implication that such things weren't happening in Roubaix ["In the south, for instance, in a town where at least twenty young Muslims have gone to fight jihad in Syria"] was incorrect.

And, from the same newspaper, here's a suggestion that the mosques of Roubaix aren't quite as purely contemplative as Hugh suggests:

Sensitive topic. The Abu Bakr mosque in Roubaix hosted earlier this week Salih Al-Ramzan Souhaymi and Mohamed Al-Hajiri, two preachers from Saudi Arabia, for a seminar. According to our information, the two men would be closely monitored by the Central Directorate of Internal Intelligence (DCRI). They would be subject to an internal measure in police jargon. Measures that according to a source close to the matter said that the two people "should have theoretically be turned back at the border. "

The messages from his report (very similar to those he's tweeted about and re-tweeted on Twitter) are familiar ones from the BBC:

Hugh Sykes doubtless reported what he saw. But did he also report what he wanted to see - and hear? Did he fly in with his mind already made up?
Posted by Craig at 22:52