The 'Sunday' after the Paris massacres 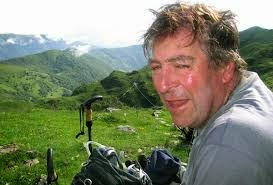 According to Rod Liddle in the Spectator,

...the BBC, yet again, has misjudged the story in its news coverage, wringing its hands over the treatment of French Muslims, while at the same time insisting that the murders were nothing to do with Muslims – it was just mad terrorists.

As if to prove him right, this morning's Sunday on Radio 4 continued in exactly the same vein.

We hadn't even got to the end of Ed Stourton's introduction before we were hearing a French Muslim woman complaining:

18 months ago I was wearing the hijab. Now I'm wearing a woolly hat. Why? To melt into the crowd because I'm afraid. I'm a Muslim woman. I'm afraid of being attacked.{I think she said 'attacked'. I couldn't quite decipher it}.

The BBC needs reminding, doesn't it, that it was journalists, policemen and Jews who were the deliberately-targeted victims of these atrocities, not Muslims, and that French Jews have been the intended targets of both recent terrorist rampages in France (Toulouse 2012, Paris 2015).

That 'vox pop' came from a John Laurenson report which was broadcast later in the programme. Its stated aim to to reflect Muslim reaction to the attacks.

Though the BBC man said that they all expressed outrage at the attacks, we didn't actually hear any outrage being expressed on behalf of the victims; instead, we heard repeated expressions of resentment that Islam's good name is being harmed and Muslim stigmatised because of these attacks, by people who have "hijacked" the religion. One Muslim blogger said she refused to have the name of "Allah" associated with the attacks and said that Mohammad was insulted many times during his life but "he never responded to violence". If insulted, he'd leave the assembly and pray, she said. The report ended with the words of another Muslim- an anti-racism and anti-'Islamophobia' campaigner - saying that "Islam is not the Kouachi brothers".

As well as the familiar "Nothing to do with Muslims, of course" line, the other line being pushed here was the "backlash against Muslims" angle. The Muslim anti-racism and anti-'Islamophobia' campaigner complained about discrimination and played up the 'backlash'. The point was not made that the people who have twice really suffered a 'backlash' (four deliberately killed in 2012, four deliberately killed in 2015) have been Jewish.

Now, John Laurenson, who, to his credit, has covered anti-Semitism in France before, has also to be given a little more credit here for at least challenging the blogger who was saying that true Islam follows Mohammad in turning the other cheek when insulted. He mentioned the "virulence" and "violence" in the Koran, passages which "urge violence". 'Aren't they following those passages that you aren't paying attention to?', he asked.

Still, all in all, this was a report that projected the familiar BBC messages.

As for the closing discussion (previewed here yesterday), there was a change to the panel overnight. Though Nabila Ramdani and Riem Spielhaus were both present and correct, Dr Sara Silvestri was dropped and Dr Edward Kessler of the interfaith Woolf Institute was brought in instead. Dr Kessler, who works to increase understanding between Jews, Christians and Muslims, is the programme's most regular Jewish guest.

Riem Spielhaus had originally been booked, before the Paris massacres, to talk about PEGIDA, the anti-Islamisation campaign in Germany. Given her belief (see the last post) that Muslims are the new "folk-devils" for Europeans, she maintained a fairly neutral, academic tone in discussing recent events in both France and Germany, though she did describe the PEGIDA line as a "narrative" and she then broke free from her dispassionate-seeming manner to state that such people need to understand that 'freedom of religion' also means 'freedom of religion for Muslims'.

Edward Kessler said that he has been tweeted 'Je suis Ahmed' and 'Je suis Juif' as well as 'Je suis Charlie'. He feels that a European Islam is developing, as per Tariq Ramadan. He sees it as following in the integrationist path of European Judaism. Reflecting his organisations mission, he said that the way forward is to focus on "human relations". (Can you see why he's Sunday's most regular Jewish guest yet?)

Nabila Ramdani did her usual thing. (No worries for France's Jews for her.) She criticised politicians for using secularism for stifling the expression of faith (i.e. Muslim faith). She worried about far-right parties exploiting this week's events. Marine le Pen has already been "capitalising" on them, she said. "It's quite worrying", she added. She also said she feared the Muslim legacy in Europe being discarded. She then complained about the "inconsistency" of having state legislation against Muslims whilst allowing expression of "prejudice and hatred" like that at Charlie Hebdo [insulted the victims again].

Of course, freedom of speech entitles each one of them to say what they want to say. The BBC's decision to give them a platform is, however, a different matter - especially when contrasted with those they don't give a platform to. Sunday, especially, was never likely to have gone beyond its comfort zone after an event like this (or, for that matter, at any other time). No Ayaan Hirsi Ali for them. And certainly no Robert Spencer, ever.

As for Edward Stourton's contribution to this discussion, he raised the following topics: (1) the 'Je suis Ahmed' Twitter campaign, (2) the Muslim shop assistant in the kosher supermarket and his heroic rescue of Jewish people, (3) the fact that Jews died simply because they were Jews, (4) PEGIDA, and (5) the question of whether PEGIDA-type people are "misreading" Islam in Europe.

The discussion ended with a discussion about the (alleged) 'backlash' against Muslims.

All very predictable.
Posted by Craig at 11:05