"That perhaps is a debate for another time", says Kevin Connolly, after finding out that one of his interviewees blames the media, at least in part, for the current atmosphere, and argues that it has tended to demonise Israel in recent years in the wake of events ranging from the first Gulf war to the first and second Intifadas.

“It's only fair to point that out” says Kev, before moving on.

When is this ‘other time?’ Will it be quite soon? It seems the media is only interested in the blasphemy and freedom of speech questions.

For example: Today, about 8:08 am. Sima Kotecha went to investigate British Muslims in Slough. 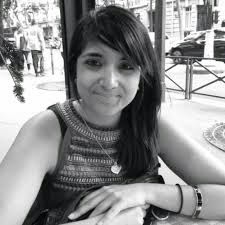 Sima
“A small supermarket specialising in Indian and Pakistani foods. The manager is carrying out an inventory. He’s originally from Lahore and he’s a practicing Muslim. I asked him about Charlie Hebdo’s new front cover. He agreed to speak anonymously.
This magazine cover, another cartoon of the prophet Mohammed, how does that make you feel?

Anon
“Upset. I think it’s disrespectful, I think it’s escalating things further when there was a chance to just draw a line under it they’re just basically purposefully trying to antagonise and irritate people and they’re gonna get a reaction from it, I think.

Anon
Okay I didn’t realise that, but why are they doing a picture again of our prophet?

Sima
What would you say to those people who say we live in a society where you are allowed to offend in certain respects?


That’s fine, that’s fair enough, but then at the same time they can’t get upset when things happen as the consequences of that.

Sima
Are you concerned that that might happen in this country?

Sima
He believes that the re-publication of the prophet caricature in France will worsen relations between different communities here in Britain.

Anon
All it’s gonna do is just pull them further apart. it’s not gonna help bring anybody together because whether Muslim people say it or not, deep down they’re probably happy with what happened.

Sima
What do you mean by that?

Sima
Are you really saying that what’s happened has taught those who insult Islam a lesson?

Sima
Other Muslims here are simply scared. Scared that people on the street will increasingly develop anti-Islamic views, which could translate into violence. Some moderate believers say they’re frightened to defend the argument for free speech because they fear it would aggravate Islamist extremists, as this woman who was too afraid to give her name, explains.

Sima
And what do you think about whether this is going to stoke more anger?

Woman
It could do, again, if you take the extremists’ view, it will do. So it’s quite a conflicting time I think for Muslims living in this country, wanting freedom of speech but also being persecuted for it if you do speak out.

Sima
Three quarters of those I spoke to expressed moderate views. Across the street I’m told by a young Muslim ‘We are bound to fall under more suspicion now.’ He said ‘this attack will lead to the authorities casting more doubt on us than ever before and this will lead to further friction between us and them’.

In a Pakistani sweetshop around the corner a customer is convinced it’s only a matter of time before the tension fuelled by this attack has serious repercussions in this country.

Customer
I think personally they’re gonna make matters worse than what they are. This cartoon business happened a few years ago and this is the backlash now. So obviously they’re gonna provoke more people along the same kind of tracks, and maybe a few months down the line, or maybe a year down the line we’re gonna get something similar to that again.

That’s the end of Sima K’s report from the Muslim world. Next Sarah talks to Chief Constable Sir Peter Fahy.

“We monitor this.....There’s a huge matter of concern but it doesn’t mean it will translate into violence. .....A lot of Jewish people are very fearful at the moment; a lot of Muslim people are very fearful at the moment...... They ought to come together and have open debates.........We have to be very active about community cohesion.......... The situation in Palestine brings out some very heated feelings.”

That’s a cross between a summary and a bit of cherry picking, but I hope you get the drift. Either Sir Peter Fahy is Pollyanna’s big brother, or he’s got some serious catching up to do.

I would like Sima Kotecha or any of the BBC’s intrepid reporters who venture into the heart of Muslim world with the intention of ‘telling their story’, to mention the 'Jewish question'.

It’s very enlightening to hear the predictions of the man from Lahore (who speaks English so like a native that I suspect he is a native) about his fellow Muslims’ probable response to Charlie Hebdo, and their attitude to freedom of speech. Yes, I do want to know what they have to say, and, because it’s so antithetical to my own views, yet so understandable from someone with his, it is definitely something that needs to be brought out, chewed over and if possible resolved.

However there’s still this painfully obvious reluctance on the part of the BBC to bring in the matter of Muslim antisemitism. I realise that the BBC has publicised the latest polls about the shocking number of negative feelings in the UK towards Jews, and soon I hope it will be the right time to debate the media’s role in that.

But I want Sima Kotecha to tease out the antisemitism that the man from Lahore, the woman who was afraid to give her name, the moderate Muslims with the ‘friction’ and the man in the sweetshop have had drilled into them as part of their religious education, if indeed it has been, and I don’t want it to be passed off as understandable because of “what Israel is doing to the Palestinians.”

Hearing Sir Peter Fahy bringing that in as well, means the time for that debate about the media is long overdue.

I’d like now to draw your attention to an item I saw on Sky.  Extra Jewish patrols in London after attacks.
It’s not the article itself. It’s the comments below that amply demonstrate the very same anti-Jewish attitudes that must have been recorded for that poll.  It’s the sheer factual inaccuracy and ignorance that needs to be addressed. I mean, “where,” in the famous words of Gillian Duffy, “does it flock from?”

The media. It has to be.

Incidentally, I noticed that today the BBC has brought back the ‘H’. They’ve stopped using the French, silent H, pronunciation of Hebdo. Was that some sort of dictat?

Incidentally again, I’d like people to lay off Tim Willcox a bit. Yes, his attitude is appalling. However, we might make allowances for his ignorance. He didn’t seem to understand the first thing about Israel or where Muslim antisemitism is rooted. He should be forced to read up about it (proper Jewish/ Israel history) before he’s let back off the leash. So should the whole lot of them.

Muslims complain that they’re the new Jews, and say they’re being demonised by us Islamophobes, just like the Jews in the 1930s. We know this is a travesty. But making a whacking great fuss and calling for Tim Willcox to be hung, drawn with a Hitler mustache and quartered, we’re in danger of acting a bit like grievance-mongers ourselves. Then we turn into the new Muslims. We wouldn’t want that, now, would we?
Posted by sue at 22:03