I have to mention this because it’s about the BBC and a ridiculous submission to a ridiculous demand, so inappropriate in the light of recent events. This is an excerpt from Douglas Murray’s article in the Spectator.

The night after the Charlie Hebdo atrocities I was pre-recording a Radio 4 programme. My fellow discussant was a very nice Muslim man who works to ‘de-radicalise’ extremists. We agreed on nearly everything. But at some point he said that one reason Muslims shouldn’t react to such cartoons is that Mohammed never objected to critics. 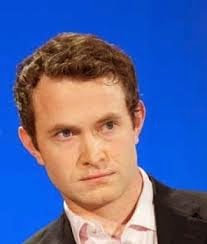 This seems to be the meme du jour. That the individual described by the BBC as ‘the prophet Mohammed’ (to distinguish him from any other Mohammed/Mohammad, and not to imply that he’s everyone’s prophet)  - what was I saying - oh yes, the meme du jour is that the Muslim prophet whose image must not be reproduced, is forgiving and would rise above criticism with a smile. Well, maybe not with a smile.
Mehdi Hasan said it on Question Time, and later on This Week the Muslim ‘comedienne’ Shazia Mirza said it again. What is going on here? Has there been a memo from Allah?
Posted by sue at 22:28