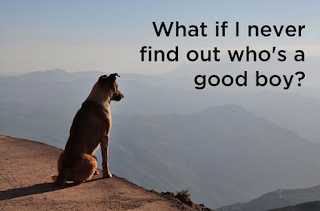 I was driving to work yesterday morning and switched on Today just at the moment where a voice I didn't instantly recognise was interviewing a BBC reporter and describing Brexit supporters in the Conservative Party as "hardliners". I thought, "A clear example of 'bias by labelling' there from a BBC presenter". Then I remembered reading about CNN's Christiane Amanpour being a guest presenter sometime and realised it must be her enjoying her moment in the Today sun. She's certainly no fan of Brexit.

Having her and Remain campaigner Stephanie Flanders as guest presenters isn't helping Sarah Sands give Today a neutral tone on Brexit (or Trump), is it? At least the consummately professional Carrie Gracie (the last of these Three Guest-Presenting Graces) should know how to conduct herself.

David Keighley's latest piece provides the kind of detailed overview that (alas) I can only dream about offering you at the moment. (So please go and read it, if you haven't already). Its main focus is the BBC's coverage of those 'hate crime' figures, and the way the BBC keeps plugging the alleged link to Brexit. The BBC stood out from most of the other reports I saw in that by not balancing those figures about rising 'hate crime' cases with other figures showing a fall in 'hate crime' prosecutions, making the BBC appear particularly biased (and irresponsible) in this respect. David (naturally) also spotted that, summarising the main BBC website article on the story in this way:

And the reaction? This BBC report emphasises in great detail the rise in number of recorded ‘crimes’, does not enumerate the fall in prosecutions, and has a long sequence about a Muslim ‘victim’ who concludes: ‘I really think it's important for us to report, no matter what.’ Of course.

I'm looking out of my window at the wet and windy weather of Storm Brian (yes, it does sometimes stop being sunny in Morecambe, as surprising as you may find that) and I'm thinking, "This doesn't look like a 'Brian' to me". It's more a 'James' I think. (It's making me think of James O'Brien for some reason).

According to the Daily Mail's media editor Katherine Rushton, the BBC has fought "a furious battle" to keep to itself the number of complaints it receives each day. Unfortunately for the BBC, it's now lost that battle and been forced to admit that it gets "nearly 1,000 complaints every working day". Also:

The Corporation would not give a breakdown but last week Ofcom chief executive Sharon White said three out of ten of the complaints it receives about the BBC centre on bias and inaccuracy.

It didn't surprise me in the least that this information had to been extracted from the BBC against the BBC's wishes and with the BBC dragging its feet every single step of the way. It did surprise me a bit that it was only "nearly 1,000 complaints every working day".

It is becoming impossible to keep track of BBC bias. I was reading some comments recently about all the messaging that Eastenders puts out. I haven't watched Eastenders for over twenty years (except a couple of episodes for the sake of this blog), but messaging on Eastenders has long been a given. It sounds to be getting worse though.

I suspect that lots of BBC One drama comes with added messages (the usual BBC messages) - just like Radio 4 dramas (and The Archers) - simply because on the occasions when I have watched them I usually get the feeling of being whacked over the head with some clunking great fist of a message, as well as countless more subtly inveigled messages (though not subtle enough not to be noticed). Watching them and detailing it is something that I couldn't face doing, even if I had the time (which I don't). And then there's the transgender agenda and the feminist agenda and the race-baiting agenda...and how many more?

It's all too much. I need to lie down.

On a brighter note, you really can't beat In Our Time with R Melvyn. This week it was the Congress of Vienna. Tim Blanning of the University of Cambridge was so infectiously enthusiastic (and darned interesting) that I feel he really ought be given a BBC programme of his own. (Watch him turn out to be a fanatic for some cause I don't like, the BBC take up my suggestion and ask him to bang on about that cause, and me repent at leisure). Next week it's 'Feathered dinosaurs'. God bless Lord Bragg, and all who sail in him!

Yes, Newsnight has covered some of the big stories of the week - President Xi (all hail!), murder in Malta, Brexit, party political goings-on, etc - but it definitely does seem to be going down the celebrity interview route more and more often. We've had Mary Blige, Trevor Noah and Bruce Dickinson of Iron Maiden just this week. (The Bruce interview was the only one I didn't really inclined to run to the hills at the mere thought of). Plus, they really do like talking about race. They've been at that a lot again this week. 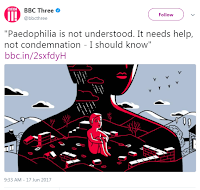 Most sexual taboos from earlier ages have become acceptable, with the BBC's ardent blessing, but a few still remain - such as zoophilia and paedophilia. Infamously in the 1970s some socially-liberal voices, particularly on the Left, briefly flirted with pro-paedophilia campaign groups (and the BBC was then at the height of its Jimmy Savile era). Surely even the BBC won't dare to go down that route?

Terry, in an earlier comments thread, reminded me of a curious omission from Suzy Klein's otherwise excellent Tunes for Tyrants: Music and Power with Suzy Klein. As the final episode looked at the Second World War, whatever happened to the most famous WW2 symphony of all, Shostakovich's Seventh (the Leningrad) - a work with a back story of the utmost drama and relevance to the series's main theme? I was expecting it, yet it never came. Yes, I understand the relevance of Walton's glorious Spitfire Prelude and Tippett's pacifist curate's egg A Child of Our Time but to miss out the Leningrad Symphony was a very curious omission indeed.

Meanwhile back at the Today ranch...

The power struggles and back-stabbing at Today are beginning to make Games of Thrones seem like Last of the Summer Wine. They just can't stop sniping at each other. I'm running out of popcorn.

And as Saturday night is music night and Radio 3 has Uncle Jim Naughtie presenting Verdi's Otello, here's Placido and Katia with the love duet from the end of the first act. If you don't know it, it's very, very lovely (and the nearest Verdi got to sounding like Wagner).