One for BBC Trending? 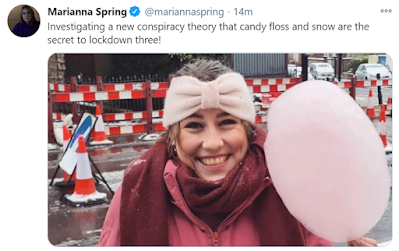 Sounds interesting, Marianna. But what about daft MSM conspiracy theories promoted by political editors of major UK broadcasters, like the one about a Downing Street photo of the UK PM's call to Joe Biden featuring a photoshopped telephone cord? 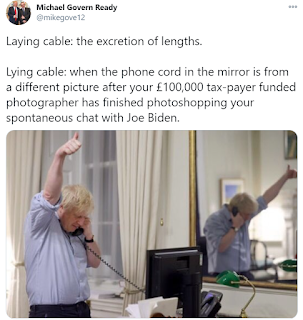 It was a joke of the kind such left-leaning political parody sites favour - i.e. clever, if not especially funny - but ITV's political editor didn't seem to realise that and took it seriously.

(The parody tweeter himself/herself couldn't believe that people ('normally sane' people) were actually taking it at face value. Whoever it is behind that account has had quite a day!).

The sainted Robert then put his tin-foil hat on, stuck a couple of carrots up his nose, said 'Wibble!' out loud, and sprang into Twitter action with 3 characteristically gormless tweets (no offence!) spread over a couple of wasted hours:

An even stranger thing here is that Downing Street actually dignified Robert Peston's dopey conspiracy-mongering with a response.

I suppose they felt they had to because he's one of the UK's top broadcast political editors.

(And the fact that he's one of the UK's top broadcast political editors is the strangest thing of all here). 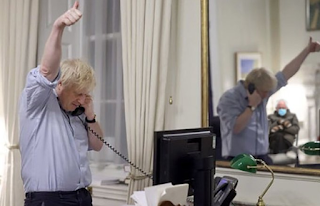