A 'Dateline' for Ideological First Cousins 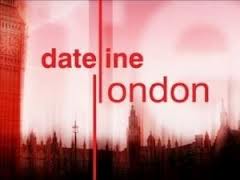 The idea behind Dateline London, hosted by Gavin Esler, is a fine one. It gathers together four journalists from across the globe to provide a broad perspective on events at home and abroad.  That's the sort of programme I like.

Unfortunately, the variety of nations invited is frequently not matched by any equivalent variety in the range of opinions on offer.

This week's edition was fairly typical. The panel consisted of four regular guests.

We had Ashis Ray, usually introduced as being the London correspondent of the Times of India but this time introduced as being from RayMedia (presumably his new venture). Ashis doesn't come across as being a great ideologue but his views are pretty much what you would expect from a left-liberal Indian: Keen on the centre-left Congress government of India, passionately dislikes the right-wing BJP opposition; regrets the poor showing of Labour in the Israeli general election and wants Obama to "get tough with the Israeli right"; critical of Cameron and Eurosceptic Tory right-wingers; defends Assange and WikiLeaks; is pro-India but not-so-pro-Pakistan; likes cricket.

Next was Marc Roche, London correspondent of the centre-left newspaper Le Monde - the French equivalent of The Guardian. Marc is known for his enthusiastic support for the European Union and his scorn for Eurosceptics, especially British ones. He's also known for his trademark rants against the "Anglo-Saxon model" of capitalism. Unlike Ashis Ray, he's most emphatically not an Anglophile. Despite that, Wikipedia tells us he's written for our very own Guardian and Independent - though not recently, so far as I'm aware. Marc is an ideologue and firmly on the left.

Yasmin Alibhai Brown of The Independent is also firmly on the left, being a self-declared socialist. She hates British Tories and right-wingers in general but fell out with Labour over its support for the Iraq War. Her views are sometimes highly controversial and always passionately expressed. Some would describe her in less charitable terms. She was the third guest.

The final panellist was the American journalist Stryker McGuire, formerly of Newsweek, now of Bloomberg. He's written many articles for the Guardian and a few for the New Statesman over the years, but that shouldn't mislead us. He tends to play his own personal political opinions fairly close to his chest on Dateline.  Nothing I've ever heard him say leads me to doubt that he's mildly liberal in outlook, but he isn't an ideologically intense guest - unlike the left-wingers Marc Roche and Yasmin Alibhai Brown.

Now, what should stand out to you from that list is that there is a whole side of the political spectrum completely missing from that studio discussion.

To put it another way, why is there not even one single right-wing voice on that panel?

That's a question I've asked many times over the years after watching editions of Dateline.

Let's see what kind of discussion this guest-list leads to by examining how the four guests dealt with the first topic up for discussion - British politics: 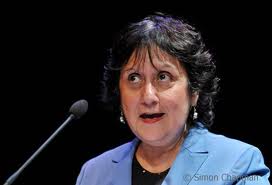 Yasmin Alibhai Brown started off, describing the Lib Dems as "tarts". She's deeply ashamed of having voted for them and never will again. She admires their localism, but "they've defended the indefensible policies of the Tories". She "will not vote for a tart". They should have "tempered the excesses of Iain Duncan Smith, for example".

The state of the economy is not good and George Osborne is in trouble, said Gavin Esler. Marc Roche said the Lib Dems have at least something going for them. A growth policy, including massive infrastructure spending, is needed instead of "cuts, cuts, cuts". Foreign skilled workers will be needed for that. "All of this is anathema to the Conservatives."

Ashis Ray agreed that infrastructure development and public spending is the thing to go in for. It "has historically worked". Vince Cable is the man with the plan, not George Osborne.

Yasmin, however, said Vince Cable has been "gutless" for not daring to take on Osborne. Stryker said that "in fairness" to Vince, the good doctor had said some things along the way, including a recent New Statesman article. What more can he do if the Conservative won't move?

What of Cameron's rapped knuckles from the OBR?, wondered Gavin. "Cameron was wrong," said Stryker. "But doesn't this happen with Cameron's speeches quite often?", he added. Yasmin smiled.

"Cameron's in trouble", said Yasmin. "The Tories are ungovernable". Cameron has "a quite right-wing core" and is "pretending" to be more left-wing than he is.

Marc Roche launches into a denunciation of Conservative attitudes to immigration. Britain needs skilled immigrants, he said. Cuts and cuts have harmed British labour. Immigrant voters have no reason for vote Conservative.

Not so, said Yasmin. Some Asian voters love Cameron for his "deep right-wing, low tax for the rich thing," but the Indians in India can see through him and his "anti-immigration talk." "He tries to be everything to everybody and then he turns out to be nothing to anybody."

Isn't this what you expect half way through a government? There's plenty of time till the next election, Gavin said. Ashis gave Cameron another year.

Stryker mentioned Labour, saying that no one had mentioned them yet. We don't know quite what they stand for yet, but "to give them credit where credit's due" they've got two and a half year's to go the next election too.

Yasmin brought up UKIP - "the ghastly, ghastly party". They will hound Cameron, she said.

Marc Roche joined in the attack on UKIP, who "correspond to a very dangerous trend in the UK population - to put all the problems on Europe or the immigrants. That is a real problem....".

"He had dinner with Rupert Murdoch, which seems to be a politician's right of passage", said Stryker about Nigel Farage to guffaws from Gavin.

We'll see what happens to UKIP in a general election, said Ashis, ending that part of the discussion. 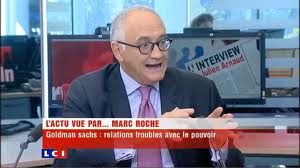 As you can see, there were fleeting differences of opinion between Yasmin Alibhai Brown and her fellow left-winger Marc Roche but, all in all, this was as cosy and consensual a conversation about politics as you are likely to get: The Conservatives are wrong over the economy. More spending is the answer. Cuts are bad. There are good things to be said about the Lib Dems - basically anything they do to oppose the Conservatives. Immigration is good. UKIP are a ghastly, ghastly party.

What was missing was a Eurosceptic voice, a pro-Conservative voice, a UKIP defender, an opponent of mass immigration, a free-marketeer's opinion.... frankly anyone with right-of-centre political perspective. It's just not a broad enough range of opinions to have only 'from the centre to the left' represented politically, is it?

Nor is it enough for Gavin just to put in one or two devil's advocate style questions from outside of the panel's consensus from time to time. That's not balance.

As the BBC Editorial Guidelines say, "We must be inclusive, considering the broad perspective and ensuring the existence of a range of views is appropriately reflected." Well, it wasn't reflected on this edition of Dateline London. It isn't on too many other editions of Dateline London either.

Come on, Dateline. Let's hear from a wide cross-section of opinions every week. Broaden your pool of regular guests if you have too. It's so boring hearing four like-minded people reinforcing each other's points of view. Stop giving us an echo-chamber.
Posted by Craig at 15:30