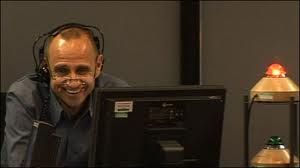 This morning's Today ended with a discussion about immigration.

The BBC has often been accused of being squeamish about the issue, if not actively pro-immigration. A majority of the British public have concerns about immigration and top BBC figures have previously admitted to failing to get to adequately report such concerns.

Spotting an immigration-related discussion on the Today live page, I thought I'd give it a try to see how the BBC is dealing with the issue now - being into such madcap experiments. Unfortunately, there's no permanent link to the discussion, but you can hear it here (at around 1.55.00) for the next seven days.

The discussion, hosted by Evan Davis, featured David Goodhart, who Evan introduced as the director of think tank Demos and contributor to Prospect magazine, and Marina Lewycka, author of A Short History of Tractors in Ukrainian. I've never read Marina's books, so I can't comment on her work. (I probably should correct that omission as she sounds to have a knack for the fine use of English). Her views (as revealed in this discussion) are strongly pro-immigration and scathing of those who question the levels of immigration to this country. As for David Goodhart, I would have added "left-leaning" to the phrase "think tank Demos". David is usually independent-minded and, even when he's wrong, interesting to listen to. Radio 4's Analysis uses him as presenter from time to time. Here he provided the point of view that accords with Labour's new admission that the public are right to be worried about the issue. Still, inviting a pro-immigration author and the founder of a left-leaning think tank to take part in a discussion about immigration is the sort of thing that gets the BBC a reputation for being "left-liberal" in outlook.

Still, how did the discussion go?

Well, I was was somewhat taken aback (despite my memories of Evan's previous forays into the issue) by Evan's introduction, which - were Evan Davis not an impartial BBC presenter and, thus, genetically incapable of bias - sounded for all the world like a bog-standard Guardian sigh at the predictability of politicians for daring to play the "populist" immigration issue. #sigh (as they say on Twitter).

It's been another week in which the two main political parties have been talking about immigration. They're not seeking a populist arms race, you understand (/sarc).

This "sigh" is typical of BBC presenters, in my experience. (If only I could now produce evidence to nail that!)

But there has been talk of a "crisis" in the benefits system on the Tory side, with migrants claiming benefits, and the suggestion of an enforcement clampdown on the part of Labour. For a country that is said to be at ease with globalisation this aspect of it is, perhaps, not the easiest.

He introduced his two guests and then said:

The purpose of getting you on is to talk about whether this is..whether the debate here is one that it is in a sense a rational debate that we're having or a more irrational one, whether the politicians are responding to genuine public concern or, perhaps, whipping it up in a populist way.

A balanced question with antitheses, or a question loaded towards the second proposition in each case? Given Evan's earlier sarcasm, the question could only have one answer: It's populism.

Now, David Goodhart turned out to present the point of view that mass immigration isn't necessarily a good thing while Marina stuck to sticking it to those who aren't in favour of mass immigration, denouncing them as hysterical. That is the BBC's justification. They offered a balance of opinions - one 'pro' and one 'anti'.

Evan had a little dig at the "metropolitan elite" with their cleaners who are removed from the concerns of the general public - a thought Marina found "very, very true" before satirising those critical of immigration again. Oh my, though, how Evan laughed at Marina's mockery of those anti-immigration types!

"Point made. Marina we have to leave it there," he chuckled. Cue the pips.
Posted by Craig at 18:04