The Problem with 'Dateline' 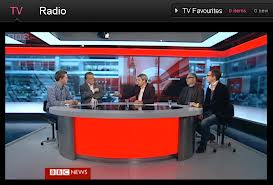 The left-leaning journalists were Nesrine Malik of The Guardian and Donald MacIntyre of The Independent; the left-wing academic was Eunice Goes of Richmond University; and the non-partisan journalist was "the dean of American foreign correspondents" John Fisher Burns of The New York Times.

The result was that the three left-leaning guests agreed with each other on most things and rounded on the non-partisan journalist when he stepped out of line, as over the Roman Catholic Church (where he dared to say nice things about the Church - and about the new pope).

How on earth does this guest list meet either the letter or the spirit of the BBC's impartiality guidelines?

The BBC's College of Journalism puts it succinctly: "Impartiality is about providing a breadth of view." This means "reflecting a breadth and diversity of opinion and ensuring the BBC gives due weight to the many and diverse areas of argument."

There was little breadth of view on this programme.

The BBC's often counters criticism of one edition of a programme by suggesting that impartiality "can be achieved over time".

It was only a few days ago, however, that I complained about the lack of a right-winger on last week's edition too (A 'Dateline' for Ideological First Cousins). There two left-wingers (Marc Roche of Le Monde and Yasmin Alibhai Brown of The Independent) sat alongside two mildly liberal commentators (Ashis Ray of The Times of India and Stryker McGuire of Bloomberg) with predictably predictable results! So that's two weeks in a row that Dateline London has appeared to fail to abide by the spirit of BBC impartiality.

Go back another week and its the same old story: Two left-leaning journalists - Polly Toynbee of The Guardian, Maria Margaronis of The Nation - and a liberal editor, Catherine Pepinster of The Tablet - were placed alongside an 'impartial' BBC reporter, Dmitry Shiskin. The kind of conversation that resulted was largely consensual, with a lot of very strong criticism of the Roman Catholic Church from Polly and Maria ("bizarre", "very, very reactionary", "bent") and hopes for someone very different from Benedict XVI from Catherine. Dmitry interjected that the Russian Orthodox Church is "very conservative" too. There a measure of disagreement, however, between the liberal Catholic (Catherine Pepinster) and the left-wing, Catholic-bashing journalists (Polly Toynbee and Maria Margaronis) over just how bad the Roman Catholic Church is. Catherine said it did good things as well as bad things and got roundly pounced on for so doing. Still, that was the exception. Harmony reigned elsewhere, with similar perspectives being expressed on the result of the Eastleigh by-election and the rise of parties like UKIP in Europe, and the automatic spending cuts in the U.S. brought the inevitable frenzy of Republican-bashing and austerity-bashing. On the politically-charged issue of austerity, in particular, wouldn't it have made sense to have someone on the panel who took the "austerian" (Polly Toynbee's word) view on the subject alongside all these strong opponents of austerity? Polly, Catherine and Maria were all of one mind on this issue, reinforcing each other's points. Dmitry didn't disagree. This is not the sort of one-sided discussion that the BBC should be airing. It really, really isn't. Plus that's three editions in a row without a single right-winger on the panel. Not good, is it? 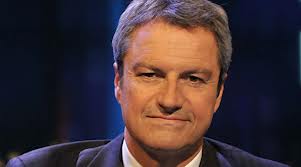 You have to go back four weeks to find a right-winger. The edition of 23 Feb featured Janet Daley of The Sunday Telegraph. This reminds me of an old comment of mine at Biased BBC:

The run of journos from the British press so far this year is following the usual Dateline pattern – a clutch of left-wingers followed by Janet Daley.

Though the programme has introduced a few other right-wing British journalists to the mix since that comment (from just over two years ago), that pattern still persists.

Janet was on that edition with Henry Chu of the L.A.Times, Kate Dourian of Platts Magazine and Mark Huband, author of Trading Secrets. This was a most unusual edition. You might call it "counter evidence" for the BBC. Here we have a strong right-winger (Janet Daley) but no counterbalancing left-winger. Usually there are (as we've seen) several left-wingers. None of the other three guests are right-wing, but nor as they ideologically left-wing either.

The week before was much the same - Polly Toynbee, Greg Katz of Associated Press, left-wing Italian journalist Annalisa Piras and Mina Al-Oraibi of Asharq Alawsat). Again, no right-wingers but two firmly from the left.

Dateline London could be such a stimulating take on the week's big stories if it got its act together and gave its viewers a diverse range of points of view. At the moment that all too rarely happens. This really needs to change.

Returning finally to today's edition, the "left-liberal consensus" element of the programme manifested itself most clearly this week in the discussion on Israel. Nesrine Malik of The Guardian complained of "the absolutely indulged and mollycoddled status of Israel in the world" and said the the idea that President Obama is the "least supportive" U.S. president towards Israel is "laughable". "I agree with Nesrine about that", began Donald MacIntyre of The Independent. John Fisher Burns said the key issue is clear: "It's settlements, settlements, settlements." "Everyone" is waiting to hear what is said about the settlements, said Gavin Esler. Eunice Goes is not holding her breath. America "has said absolutely nothing whatsoever" about the issue in 20-30 years and should have been using its "stick" over Israel to make it do something about the settlements. Nesrine criticised the Israeli press for misinterpreting President Obama. "I think that's right," said Donald. Israel's putting up a "red herring" again over Iran, agreed Nesrine, before going on to the "false occupation of Gaza" and going back to the settlements. Consensus achieved, they moved on (very briefly) to Syria. Wouldn't it have been so much more interesting to have someone on who disagreed with them on this issue? Shouldn't there have been someone on to do so?
Posted by Craig at 15:55