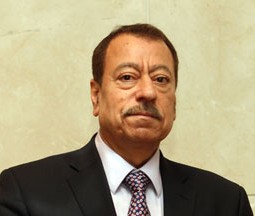 The BBC must be in a quandary. Their very own (and Gavin Esler’s) favourite ‘Middle East Expert’ Abdel Bari el-Atwan  has come out with another tirade, this time against another of the BBC’s heroes, US President Obama.

How will this affect the televisual ubiquity of the former or the obsequiousness shown to the latter on the part of the BBC?

The BBC seems to overlook Atwan’s histrionic expressions of hatred towards Israel and the Jews, but will it overlook his latest condemnation of Obama so easily? Calling him an “Uncle Tom” is objectionable on oh, so many levels. I hope I don’t have to set them out. Or has the BBC’s unrequited love affair with America’s first black president cooled off since he appeared to have shown an interest in another, the BBC’s nemesis, the dastardly State of Israel.

I think I’ve detected a slight cooling off in Mark Mardell’s tone recently. He is beginning to sound disappointed when reporting Obama’s latest adventures.

“Before the visit, several American commentators urged him to learn to speak Israeli - now his fluency is almost frightening.”

Don’t be frightened Mark, it’s a false alarm. He doesn’t “speak Israeli” very well at all.

“Mr Obama has already won an apology to the Turkish prime minister from Mr Netanyahu for the 2010 raid on a flotilla of Gaza-bound activists, and there is some hope he might do something to further the possibility of peace talks.”

Obama has won something? The press wishes to elevate that arm-twisted apology into a sort of prize by glossing over the facts. Israel apologised for “what happened and for operational mistakes” -  not quite the contrite abject grovelling that  certain people like to make out, and unlikely to be much of a catalyst to peace talks.

“But Mr Obama's embrace of a word - Zionism - will have other results too.
For some in the region it is not the expression of a dream but a deadly insult to be spat out.”

So will the BBC be making use of ‘Ari Batwan’s services on Dateline as before?
Will they be reporting this Uncle Tom shocker?

Here’s what The Commentator has to say :

a)That such a phrase went largely unreported, and as a result uncriticised, shows what could only be described as selective outrage and rank hypocrisy from those that would get up in arms about other racially motivated slurs..”


b)That Mr. Bari Atwan has no place as a legitimate and fair-minded journalist, but rather is simply a racist with an axe to grind against Israel and its allies, and that he will stoop to the most disgusting of racial slurs to try to make a point.