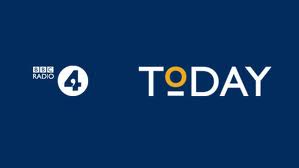 When BBC journalists went on strike recently, Douglas Murray at The Spectator rejoiced that there would be no Today on Radio 4 that day. So what has he got against Today?:

It is not just the inevitable left-wing bias of the programme or the left establishment view of what is or is not news.  It is the fact that almost no interview is ever enlightening (while those few that are such as Entwistle vs Humphrys can be easily listened back to at some less vulnerable point of the day).

I say this not only having listened to it for years, but having been interviewed on it a fair few times. The standard Today programme interview with an established lefty may remain respectful, indeed slightly reverential.  For such guests – say Helena Kennedy – the interviewers still save that tone adopted for Cabinet ministers in the 1950s: ‘Is there anything else you would care to tell us?’

But with any conservative – and nearly all active politicians – the tone is entirely different.  Indeed it is almost as bad as the Moral Maze.  The second, if not the first, question is usually: ‘So what you are saying is….’ at which point the presenter tells you what they think you have said.  Or they say what they think you would have said if they had not been so unwise as to allow you to carry on talking during their own allotted airtime.

Needless to say, their summary or interpretation is almost always wrong, so the rest of the interview has to be taken up arguing over what you did or did not say.  I have never heard Humphrys / Naughtie etc say ‘So let us be clear, you are saying…’ and for the interviewee then to say, ‘Yes, thank you John / Jim, that is much better put than I could ever have managed on my own.’

With the celebrity interviewers having long-overtaken the show, the Today programme is simply quite fantastically unenlightening.  If a guest does have some self-contradicting opinions, or has nasty views then perhaps the interviewer might try to reveal this.  But the interviewer’s job should not be to tell listeners that it is so, nor to manufacture an argument in some mistaken ratings-grab.


Is this fair? Well, there's only one way to find out.
I want to test out the first proposition in Douglas's piece first:

It is not just the inevitable left-wing bias of the programme or the left establishment view of what is or is not news.

One way to test this out might be to see is what being discussed in the right-wing papers (e.g. the Daily Telegraph) and compare that with what is being discussed in the left-wing papers (e.g. the Guardian), prior to the programme being broadcast. Which stories does Today cover and which does it miss out? Does its choice of what to discuss reflect the Left's view, or the Right's, or both, or neither?

Tonight the Telegraph is discussing calls by senior Conservatives for David Cameron to "ditch" his "metropolitan agenda" and get back in touch with the Tory Party by adopting, for example, tougher measures on immigration. Will we hear such a call on tomorrow's Today?

Another leading story at the Telegraph is the risk to the green belt from illegal gypsy encampments as new government rules come into force. Will such concerns be raised on Today?

They are also discussing the calls from NHS managers for staff to work harder and stop "burying their heads in the sand" over pay and conditions that can no longer be afforded. Will those calls be heard on Today?

Or the story of the NHS trust that spent £2m keeping skilled a surgeon off work?

Or the story of the theft of the medal collection of a Gurkha family which has served the British Army for 127 years?

Or John Kerry calling the Turkish prime minister's attack on Zionism (as a "crime against humanity") "objectionable"?

All good stories from the Telegraph (of the kind right-leaning listeners would probably appreciate), all worthy of coverage on tomorrow's Today. Will they be covered?

The Guardian is also discussing the pressure on the PM from Conservative MPs tonight.

Its NHS story, however, is a very different one from either of the Telegraph's. It's reporting the concerns of a leading NHS figure about the government's plans to force the NHS to use private firms to treat patients. Will that be the angle Today chooses (if it goes with an NHS story)?

The Guardian is continuing to pursue angles on the "Lloyds boss" getting "to pocket" a £1.5m bonus. Will Today follow suit?

The Guardian is pursuing a "thaw" between the Turkish government and the Kurds. Will Today choose that angle over the Telegraph's John Kerry story?

What about the protest  at a South Bank concert against Shell by climate activists? The Guardian are interested. Will Today be?

The Guardian is also reporting the attempts by some councils to block the spread of betting shops in poor areas. Illegal gypsy encampments aren't their cup of tea! Will any such angle be followed by Today?

All good stories from the Guardian (of the kind left-leaning listeners would probably appreciate), all worthy of coverage on tomorrow's Today. Will they be covered?

So what was the answer?

Well, I'll let the programme's own live page speak for itself:

0710 Political correspondent Louise Stewart talks about the Conservative party's feeling towards David Cameron after they were beaten by UKIP at the Eastleigh by election.

0712 Zubeida Malik reports on the growing number of British Somalis who are making the decision to move back to Somalia, as peace spreads throughout the country.

0717 The Queen has had to cancel a visit to Wales due to illness. Royal correspondent Peter Hunt reports.

0719 Yesterday in Parliament with Mark D'Arcy.

0723 South African police have arrested eight of their own officers on suspicion of murdering a taxi driver by dragging him behind their car. President of the Open Society Foundation and expert on criminal justice reform, Christopher Stone gives the track record of South Africa Police.

0733 The Defence Secretary Phillip Hammond has announced there will be no more cuts in the UK defence budget. Defence correspondent Jonathan Beale reports from Norway.

0737 The Today programme's Nicola Stanbridge visits one of the most unusual National Trust houses, at 575 Wandsworth Road in London.

0749 Thought For the Day with  Vishvapani, a member of the Triratna Buddhist Order.

0752 A survey of 100,000 NHS staff says that 40% of them would not recommend their family or friends to the hospital where they work. Mike Farrar, Chief Executive of the NHS Federation, and Roger Taylor, Director of research at independent data analysts Dr Foster, debate whether 'friends and family' testing is a good indicator of quality.

0810 Senior Conservative backbencher Bernard Jenkin talks about whether a panicked reaction by the Conservative party over the Eastleigh by-election is warranted, or an over-reaction.

0815 The BBC's Africa editor Solomon Mugera reports from downtown Nairobi on Kenya's general election, which will take place on Monday.

0820 Tim Montgomerie, editor of Conservative Home, explains what he meant by the phrase 'full orchestral conservatism', which he used on Friday's Today programme.

0829 Could a weakening pound be a way out of economic trouble for the UK? Stuart Thompson, chief economist for Ignis Asset Management, and Bridget Rosewell, economist and senior partner at Volterra Partners, debate the question.

0836 Nine year-old Hispanic rap star Lil Poopy has been causing controversy over his explicit lyrics and the content of his songs. The police say he may be being exploited, but the Today programme spoke to Joseph Krowski, the rap star's lawyer, who explains what his client is like.

0849 UKIP's recent success has been put down to policies of re-building a nation and support from those disaffected by mainstream politics. Mary Kaldor, Professor of Global Governance at the London School of Economics, and Baroness Shirley Williams discuss how long the party's success might last.


As you can see, Today pretty much pursued its own path.
Posted by Craig at 23:24