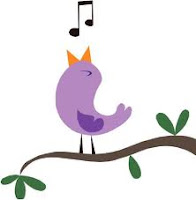 What people tweet on a personal basis is entirely their own business. It no business of anyone else to go prying into what they are saying (unless they are engaged in criminal activities, that is!) Some people, however, use Twitter as part of their job. More and more BBC reporters are taking to the medium and using it as an important means of spreading the news - and the good name of 'BBC News' - far and wide. It's getting to be as important for some journalists as their online articles or reports/interviews for the radio or television. It can reach many millions of people at the mere click on a button.

Man of the moment Jon Donnison, the BBC's "Gaza and West Bank correspondent", is one of the corporation leading tweeters. His reporting on Twitter is no sideline of his. It's an essential part of his work as a BBC reporter.


Jon began tweeting on 28 February 2010 and has sent 2,924 tweets since then, all for the public eye. His tweets during Operation Pillar of Cloud late last year were, along with those of other colleagues, key to the BBC's reporting of the conflict. Some of those BBC tweets have been highly controversial, as readers of this blog and BBC Watch will know.

And talking of BBC Watch, there was an interesting exchange there between the BBC's Jonathan Marcus and commentator TrueToo. What especially caught my eye was this from TrueToo:

Unfortunately the Ha’aretz article is subscription only so I can’t access it but it’s a great pity that the BBC habitually gravitates towards the left of the Israeli political spectrum to glean info for articles on the Israel-Arab conflict. Have a look at how often the BBC quotes Ha’aretz as opposed, for example, to the centre-right Jerusalem Post if you want to understand this aspect of the problem many people have with the BBC.

There is a newish online paper, The Times of Israel, which appears to take the middle ground. It’s far prefarable to Ha'aretz, which is filled to the brim with alleged journalists jostling for position to see who can write the most subversive article attacking the status quo in Israel.

If that's true then the BBC's Middle East reporters should be citing, quoting and linking to Ha'aretz (Israel's leading left-leaning newspaper) more than they do to, say, the right-leaning Jerusalem Post. If they do, that would be tangible evidence that the BBC does indeed gravitate towards the left of the Israeli political spectrum to glean news about the country.

This can be tracked. Loading all 2,924 of Jon Donnison's tweets, then searched for Ha'aretz (using the "etz" bit to avoid variants with and without apostrophes) and then for the Jerusalem Post (using variants such as "em post" and "jpost") yields the following results: Jon has cited, quoted or linked to Ha'aretz 117 times over that period but only 32 times to the Jerusalem Post.

Re-tweets and #tags may not be endorsements but they are telling nonetheless, especially in this kind of example. Jon Donnison cites, quotes and links to Ha'aretz over 3 times more often - it's slightly closer to 4 times more often in fact - than he does to the Jerusalem Post.

To break those figures down by year:

There have, to take up TrueToo's point about The Times of Israel, been just 3 mentions in tweets by Jon Donnison since its launch in February 2012.

Those more familiar with the British scene - and the often-made charge that the BBC is "the broadcast wing of the Guardian" - the comparison might be with a leading BBC political reporter who uses his or her Twitter feed for reporting purposes and then cites the Guardian nearly four times as often as the Daily Telegraph. That's the sort of thing that leads to accusations of left-wing bias.

I wonder if Jon himself is aware of these imbalances, and would he find them troubling, impartiality-wise?
Posted by Craig at 06:40