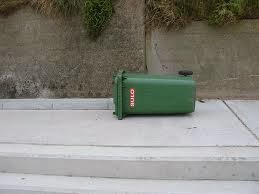 Hope you all survived the storm.

Commenters at the Telegraph have been helping report on the devastation.

[A warning: What follows contains graphic descriptions of suffering which some readers may find disturbing. There's also some flash photography.]

startledcod • 8 hours ago
West Sussex was horrendous, one chair in my pergola was leaning against the table and another had blown over all together.
37

nathaniel @startledcod • 7 hours ago
You think that's bad? Here in Surrey my wheelie bin lid was literally blown open.
Of course, all trains to London are cancelled.
21

at_the_round_table @nathaniel • 6 hours ago
You think that's bad? I was smacked in the face by a leaf on my to the shops. If that had been a branch and I had been holding a baby whilst wearing roller boots we could have both ended up in A&E.
13

TRAV1S • 8 hours ago
It was Armageddon this morning, a bin fell over in the garden.
30

Vlad_the_Inhaler @TRAV1S • 8 hours ago
All very funny but I saw a man in the depths of despair this morning because he couldn't get his cigarette to light.
24

It appears that senior BBC editors have now rushed Orla Guerin and Fergal Keane back to the UK to pull doleful, award-winning faces whilst interviewing some poor, distressed family whose fence has been damaged by the unrelenting force of Nature. O the humanity!
Posted by Craig at 19:00