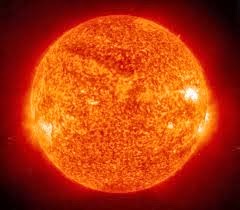 "What has been will be again, what has been done will be done again; there is nothing new under the sun."

- an interview with a pro-rebel Syrian "Muslim scholar".

- a feature about sharia banking in the UK, discussed from an 'ain't this great' and 'what else can be done to make it a success?' standpoint.

- an interview with Archishop Vincent Nichols on ethical banking. (The Archbishop tends to appear on the programme either to defend his Church when something has offended liberal Catholic sensibilities or, whenever he makes a speech about the banks or bankers).

- yet another feature on how unfair the government's welfare reforms are, as ever from a critical standpoint. Last week we had a Christian who felt they were unfair. This week we heard from Jews who felt they were unfair. (If Grant Shapps wants concrete proof of BBC bias, he should consider the completely one-sided way Sunday has covered this issue over the last two and a half years).

These are thing we've noted at Is the BBC Biased? many times before - often in very great detail - so I won't expand on them again here. There is very little new under the sun at Sunday - and maybe from me at Is the BBC biased? too.

There was also an interview about the the letter sent by several Haredi rabbis criticising the new chief rabbi for going to a pluralist convention. This was a response to unbalanced discussion on the subject during last week's edition where the presenter questioned his two guests from a stance of disbelief that the rabbis could have taken such a strong position against such a nice-sounding event. Both guests were unsupportive of the rabbis - one aggressively so. I'm guessing Sunday must have received some complaints about that, and decided they'd better revisit the story with a more sympathetic guest this week.

The other subjects up for discussion were an exhibition of the relics of St. Anthony of Padua in Belfast (introduced with a Tabletista-style grumble about John Paul II being canonised too quickly) and something about "not for profit" 'death cafes', where people talk openly about death.

"What has been will be again, what has been done will be done again; there is nothing new under the sun."

And, to proof that again, this week's Sunday Morning Live viewers' poll gave 'the wrong answer' yet again. The question asked whether Roma people are unfairly stigmatised.

Anyone who watches Sunday Morning Live could have guessed the result - a massive landslide victory for the 'no' side (as represented on the programme by Biased BBC's David Vance).

Also, the liberal-minded members of the panel (including Julie Bindel) reacted with shock and horror at the result, as if they couldn't believe it. That also happens most weeks on Sunday Morning Live. They never expect what's coming. Vanity of vanities.

Then, as ever, the presenter (here Katie Derham) read out a selection of comments - two saying 'yes', two saying 'no' - and said that was an "even split". Well, yes - if your producers hand pick two voices from each side of the argument you will get an even split. It's kind of inevitable.

"Is there anything of which it may be said, 'See, this is new'?"