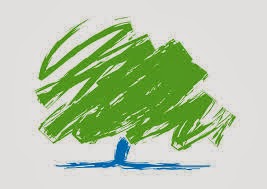 Many of you may have been eagerly awaiting my latest dispatch from the party conferences. As usual it's running late.

This week it's the Tories.

As with the Liberal Democrat and Labour conferences, the Saturday edition of the programme didn't feature a Today presenter at the Conservative conference and contented itself with discussing a single proposal  here a plan to give tax breaks to married couples.

A short (three minute) discussion with the BBC's Ross Hawkins kicked off the programme and a discussion on the same subject occupied the 8.10 spot. That discussion was held between Paul Johnson of the Institute for Fiscal Studies and Samantha Callan from the Centre for Social Justice think tank.

As with the Liberal Democrat and Labour conferences, the coverage didn't begin in earnest until Monday.

Monday's coverage began (at 6.32) with the customary (two minute) chat with the BBC's chief political correspondent Gary O'Donoghue. Sarah Montague talked with him about a proposal to toughen up Welfare to Work by compelling the long-term unemployed to do community work, spend 10 hours a week at the Job Centre (etc) or face losing benefits. "They want to send out the message that this is a very real threat". GO'D says that polling suggests the measure will be popular in the country, though the danger for the government is that it will shine a light on the question as to why their existing work programme isn't working sufficiently well that you would need another work programme after it.

At 6.52 Sarah discussed Nigel Farage's suggestion that local UKIP parties could do a deal with individual Conservative MPs, if they wanted, with Tim Montgomery of ConservativeHome and Peter Bone MP. Mr Bone is keen on the idea, commenting "Tim said, 'Well, they [Nigel Farage and David Cameron] don't like each other', but Churchill and Stalin managed to work together, so I don't know why it should be so difficult for Nigel and David to work together."

At 7.09 it was back to the 'work for welfare' proposal, though the interview was with a non-Conservative critic, Jonathan Portes of the NIESR (over three minutes). He said such proposals cost a lot of money but don't bring about any great results.

Then at 7.13 Sarah talked to Lord Ashcroft about the question "Is there any way the Conservatives could win outright at the next general election?" (for over three minutes) Lord Ashcroft says the next election is Labour's to lose. 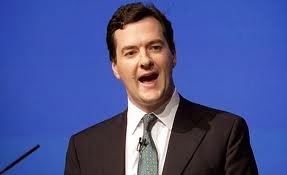 The big 8.10 interview was with George Osborne. It lasted just over 12 minutes (with 15 interruptions). The topics discussed (and the percentage of the interview spent on them) were:

Nick Robinson then did his usual post-match review, talking about UKIP, then about the economy. saying that none of the parties has said which taxes they'll raise or what they'll cut to make good their promises to cut the deficit by 2018.

Tuesday's coverage dispensed with Gary O'Donoghue, unusually. The first feature was at 6.47 and consisted of a debate between Conservative MP Claire Perry and Justine Roberts of Mumsnet on the Conservative Party's problems with women. Justine described the results of her Mumsnet poll, showing bad news for the Conservatives since 2010 and said this seems to be because (a) of the cuts hitting women hardest and (b) because women see David Cameron's government as an old boys's network. Claire Perry began by respond saying "you could pick apart the poll" and seemed to be about the pick out some positives for the Tories, but we never got to hear them because Sarah Montague interrupted (after just 6 seconds) to say "Let's get to the more interesting thing" and talked about bad behaviour in the House of Commons [which seems to me less interesting]. Justine then went back to the stats, and the "Eton toff boy stuff" (without being stopped from doing so). [Eight interruptions made against Claire Perry]. 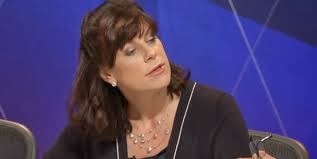 The next feature came at 7.33, where Sarah Montague reported from Bolton West, a constituency that Labour only just held onto in the last general election. She talked to Chris Green, the Conservative prospective candidate there. She then talked to various locals. One said she'd voted Lib Dem last time but would probably voted Labour next time. A second denounced the cuts, and will vote Labour. A third didn't vote last time, but said she'd vote for Ed Miliband next time, but then changed her mind, as did her friend who said she'd vote Conservative. [None of them really sounded as if they thought much about politics]. A man denounced immigration, and said he was tempted to vote UKIP (having been "a Labour lad all his life"] and said he knows lots of people who want to be on the dole all their life, and loves the idea of cracking down on them - something that might make him vote Conservative. "I was struck by how easy it was to change those people's minds," said Sarah. She was quite right. I did seem very easy indeed. [Just imagine the power a national broadcaster with an overwhelming share of the news market in the UK, such as the BBC, could have then!]

7.50 saw a short discussion with Nick Robinson about Boris Johnson and his ambitions.

At 8.10 it was the big interview with David Cameron, conducted by Sarah Montague. It was a fairly challenging interview, lasting seventeen and a half minutes (with 21 interruptions), though the PM managed to get all his points across. The topics raised by Sarah M ran as follows (with, as ever, the percentage of the interview devoted to each subject added in parentheses): 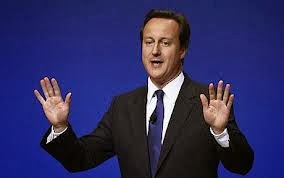 The last five or so minutes of the programme ended with a discussion about whether the Conservatives messages were "resonating as much as Labour's cost of living themes". The discussion was between Matthew d'Ancona of the Sunday Telegraph and Isabel Oakeshott of the Sunday Times. They also talked about Boris, the coalition's difficulties, and the boundary review and what it means for the next election. Both think David Cameron is in a better position than last year.

Justin Webb had spent three days covering the Labour conference. Sarah Montague, however, spent just two days at the Conservative conference and was back in the studio for the final day of the conference, even though David Cameron's final speech was still to come.

So James Naughtie did the 6.36 discussion with Gary O'Donoghue [two minutes]. GO'D anticipated a staunch defence of the market economy in DC's speech, and an attempt to build "a British version of the American dream" and create "a more egalitarian view" of the Conservative Party. "The difficulty of course is that if you look at the cabinet today it doesn't look like a land of opportunity in terms of the recruitment for the top jobs in politics."

There was very little coverage later. The segment at 8.22 was a general discussion about party conferences and "this year's crop of social gaffes and media mishaps" with Sandi Toksvig and Matthew Parris of the Times, so (with the Daily Mail coverage kicking off in earnest) only the closing six minutes were devoted to the Conservative conference itself, taking the form of a discussion between Isabel Hardman of the Spectator and Nick Wood, a former Conservative press officer. They discussed the Conservatives' difficulties in winning an election, UKIP, the coalition and "the Daily Mail episode" [raised by James Naughtie]. 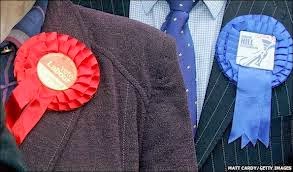 As with its Labour Party conference coverage, you couldn't reasonably say that the coverage of the Conservative Party conference was biased against the party. Neither party got particularly favourable coverage [unlike the Lib Dems]. There were tough interviews and critical voices from beyond the party, but both George Osborne and David Cameron got a fair hearing. [Only Nigel Farage has had an unfair hearing over the conference season as a whole.]

The striking difference between the programme's coverage of the Labour and Conservative conferences, however, was the sheer amount of Labour Party conference coverage.

Make of that what you will. [I, however, make of it that the programme had moved onto the furore over the Daily Mail by Wednesday.]

There is still Plaid Cymru and the SNP to go. I will try to catch those too. Whenever they happen.
Posted by Craig at 20:52