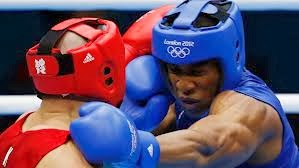 In the red corner, the BBC's Mark Easton. In the blue corner, the Telegraph's David Barrett. Seconds out. Round Two.

The subject of that BBC report was the European Commission's report on migration, and the question the Telegraph asks is 'Was the BBC's reporting of the migrant issue fair and balanced?'

The answer from David Barrett article is a resounding 'no'; indeed, he goes further than that, describing Mark Easton's point as seriously "misleading" on a number of counts and, at at least one point, in breech of the BBC's own editorial guidelines.

According to Mr Barrett, the BBC draws several conclusions from the findings of the EC report that simply cannot be drawn from the EC report, and aren't found in the EC report. All those BBC conclusions either downplay the issue of the costs of EU immigration or spin the story against the UK government.

He goes on to question the choice of Polish 'talking heads' featured in Mark Easton's report [all of them taking issue with the UK government's concerns about benefit tourism], with Mark electing to visit an unrepresentative area of London [relatively affluent, relatively low recent EU immigration], and choosing a Polish cultural centre that opened before 2004's 'open border' with Eastern Europe. One of those 'talking heads' has been here since 1943, isn't one of those covered by the EC report.

Next comes an example of bias which seems particularly damning:

Easton: “Well, reflecting the views in this restaurant, today’s European Commission report quotes research suggesting that, actually, EU migrants are less likely to claim benefits than British citizens and describing 'benefit tourism’ as a 'canard’, or a myth.”

The word “canard” does not appear in the 276-page document, nor does the word “myth”.

David Barrett goes on to attack Mark Easton's apparent anti-UK government spin, and the subsequent sidelining of Theresa May, who is given just seven seconds "before Easton drowns her out in a voice over says: “Mrs May preferred to talk in general terms about Government policy.” In contrast, an EC spokesman is given eleven seconds of airtime. 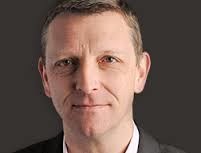 David then questions a graphic used in the BBC report, which the BBC labelled an "EC response", saying that it doesn't appear in the EC report and, in fact, comes from the DWP.

"It is unclear why the graphic described the 60,000 figure as an “EC response” when it was, in fact, a figure from a completely different set of figures."

He goes into the fine detail of how Mark Easton appears to the spinning away concerns about those immigration statistics by placing a misleading slant on them.

He also quotes Mark as saying that the £1.5 billion on NHS spending that goes on workless EU migrants represents "as little as" 0.7% of NHS spending. David's response to that is:

"Although this is 0.7 per cent of NHS spending, it is clearly a significant amount, being greater than the budget for criminal legal aid."

...which cast that figure in a very different light.

Secondly, the assertion that EU workers contribute more to the UK economy than they take out is misleading as the report was about EU migrants who do not work.

Then comes the apparent breech of the BBC's editorial guidelines:

These pictures were archive footage, thought to be at least five years old. The shop can no longer post such advertising in its window. The BBC’s editorial guidelines state that archive material “should not be used in a way that materially misleads”.

Mark Easton then asserts that “Jobless EU workers are already subject to tougher benefit rules in Britain than elsewhere, a fact that has led to legal challenge”. David Barrett responds that this legal legal challenge is from the EC itself, and isn't because it is “tougher” but because the EC says it discriminates against EU citizens who aren't from Britain.

It is not a “fact” that Britain has tougher benefit rules; it is a matter of opinion.

The analysis ends with this:

Easton: “The Government says it is responding to widespread and understandable public concern.”

The final sentence is a token balance, but is only 11 seconds of the report. 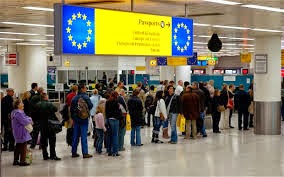 The BBC's response is then quoted, and is entirely characteristic of a BBC response - in that it denies any suggestion that it may have been biased:

“We explored the wider debate with relevant context and representing a range of views. We reflected language used in the report, the press release from the European Commission and the wider debate.

“Polish migrants living in the UK were asked if they had ever come across, or were aware of other migrants coming to the UK to access benefits, and were not represented as non-active intra-EU migrants themselves.

“Their views and experiences added relevant insight into the story. We also included criticism of the UK government by the Commission and the Government’s position.”

She said the age of the footage of jobseekers outside the shop had “mistakenly” not been made clear but it was “not editorially significant in the piece”.

Incidentally, reading through the BBC report, as transcribed in full by the Telegraph, and then reading David Barrett's criticism of it, draws out another point: The BBC refers throughout to 'migrants' and 'migration' and studiously avoids the words 'immigrant' and 'immigration'. The Telegraph, in contrast, freely uses all four terms. That seems to be becoming par for the course at the BBC.
Posted by Craig at 08:01