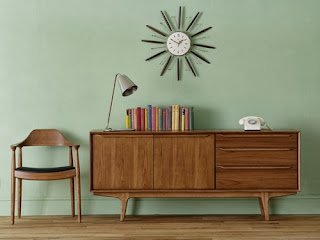 I keep noticing a fifties revival, what with all that retro furniture with splayed out, spindly legs, and nostalgia on the radio like that enjoyable stroll through the childhoods of Christopher Matthew and Martin Jarvis, ‘Grey shorts and sandals’ radio 4. Apart from finding the content entertaining I thought it also echoed what radio used to be like. (before every other programme included something related to Islam or Sharia compliant everything-but-the-kitchen-sink) 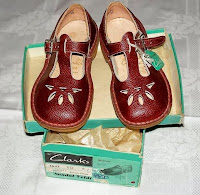 There’s been a marked hankering back to the days when there was an air of certainty about ‘right’ and ‘wrong’. Christianity was the default religion in as much as everyone, with little thought,  put down ‘C of E’ on forms, so as not to stand out from the crowd.
When I use the term ‘everyone’, kindly assume it’s is my way of loosely tarring the majority of British people, with an indiscriminate, sloppily laden brush.

Not that ‘everyone’ was necessarily religious, but they felt that as a nice person, one should be.  The security of the cosy consensus and the predictable assumption, ‘everyone’ knew where ‘everyone’ stood.
Religion provided a kind of paternalistic protection, reaching the parts that earthly, mortal parents cannot reach, with their human flaws and failings. Paternalistic Christianity, the Mum and Dad for adults, the agony aunt that told us what to do.

We know now that alongside this rosy cosy glow was the secret shame of illegitimate child, the agony of forced adoption, the cruelty of Catholic nuns and the Christian Brothers, the child abuse and paedophillia, the untouchability that priesthood and piety in general conferred upon the un-righteous. However, Enid Blyton country and Rupert Bear’s Nutwood were proper ‘Christian’. Men smoked pipes. That’s what Christianity means to some people, and very jolly it all was too.

Scandinavian furniture and black metal objects with red and yellow knobs on heralded the beginning of the doubts. The dawning of  the avant garde, uncertainty and flux, where ‘everyone’ began to question the omnipotence of both mortal and immortal Mum and Dad.

Why am I writing this? Oh yes, it was inspired by the thread on Harry’s Place, which was Sarah AB’s response to the much hyped programme ‘When Tommy met Mo’, shown on BBC One the other night.

Ever since the shock of the Tommy Robinson/ Quilliam press conference, that eagerly awaited BBC documentary had been trailed as though Tommy’s relationship with Mo Ansar was responsible for his  defection from the ‘far-right’ EDL in order to join  the ‘moderate’ reformist organisation Quilliam. Apparently this is to be known as his ‘rehabilitation’ .

I differ with Sarah AB in nearly everything she has to say on this topic. In fact she has got off the fence for once,  but landed on the wrong side. She believes that homophobia, antisemitism, and “extreme or theocratic” views can be stripped from Islam, leaving a cleansed, shiny, positive religion, (of peace?) not a hollow puff of pointlessness.
A commenter, ‘Mark’ said:

“What I don't understand (from various interviews, including this one), is where someone says, "Tommy hasn't renounced his views." What exactly do they mean by that? …”

It transpires that this commenter regards being “against Islam per se” as negative.
Sarah AB said:

”Mark - I think that's a fully fair point as I wouldn't want him to be in favour of extreme or theocratic views, or not care about antisemitism or homophobia. He's often gone quite the wrong way, in my opinion, about engaging with these issues, but that just means he has to adjust, not totally turn his ideas inside out.If he was totally against Islam (as stefssdadsd says below) then he doesn't quite seem to be now. This is positive, and if he's still against all the thing(sic) which he used to think meant he had to be against Islam - that's fine.”

This is positive? How so? Are politically correct people with a phobia about being thought Islamophobic hankering back to a new, revamped fifties, where a new religion stripped of  its nasty “Christianity’ and its nasty ‘Islamism’ can act as agony aunt for the lost souls who can’t stand on their own two moral feet? What’s so positive about a new-look emasculated Islam?
On the same thread the discussion veers off course and alights on the meaning of “A Christian country‘

“One example of something I didn't like was something he said about wanting to keep England a Christian country.”

“I don't think he's really referring to bringing back compulsory Church attendance on Sundays, rather just using Christianity as code for the idea of conserving the ethnic status quo.”

There ensues some back and forth that attempts to analyse what is meant when people defend their misgivings about Islam, saying they want to keep England a Christian country. The discussion is brought to its senses by ‘nanomanoman’:

“Gnnnn. A culturally Christian country Sarah, don't you get that?! And why not, it's British culture - your culture - FFS!”

That comment got 25 updings, and I don’t think they were only for the ‘gnnnn’.

Everyone is delighted to see Mo Ansar get his comeuppance on the BBC, which was a most unexpected outcome, given the BBC’s past record. While I enjoyed the programme I found the narration read or written by Nicky Campbell very annoying. He kept on saying ‘Islamophobia’, and in that sincere, non ironic way. He’s obviously with Sara AB. But we knew that.

While we’re on the subject of retro, I wanted to say something about Grayson Perry’s third Reith lecture to please Craig. I thought it was definitely the best one so far. Certainly the most entertaining, and the audience seemed to like it. They gave it a standing ovation.

Unfortunately I have nothing much to add to my earlier observations. I still think the same. I haven’t been ‘rehabilitated’ by Grayson’s very apparent popularity.

All that stuff about the Mafia-like art establishment, all that stuff about rebellion as an art form. The former is certainly something quite evident and quite unhealthy.  But Grayson fails to acknowledge that there is in fact a thriving art world out there, ‘outwith‘ the mafia, where practicing artists   and craftspersons make a hard-earned crust, and sometimes a jolly good crust it is too. Maybe they’d love to be in with the in crowd, but maybe they should be careful what they wish for.
As to the latter - rebellion as an art form, I think it’s on its last legs. It might have been the case once - well it definitely was the case once, but I think the tide has turned. Grayson Perry is the art world’s Edna Everage. He should step into her shoes, I hear there’s a vacancy. 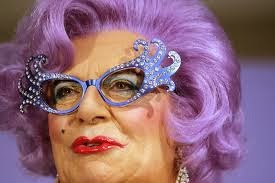