Guardians of National Security v The Guardian (and the BBC) 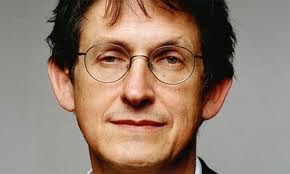 Adam Levick at Cif Watch has posted a powerful piece about the dangers of the Guardian's activism in the wake of the warnings given by Sir David Omand, national security advisor to the prime minister, that the paper's publishing of Edward Snowden's security leaks is aiding our country's enemies ("foreign spies, terrorists and criminal networks"), coupled with the earlier warnings from Andrew Parker, head of MI5, that their leaks are harming our intelligence services, especially in the fight against al-Qaeda, and have become "guide books" for terrorists.

The piece has also been cross-posted at Harry's Place, where the below-the-line comments are a particularly rewarding read.

The focus of this blog is of course to monitor the Guardian for antisemitism and the assault on Israel’s legitimacy, but it’s vital to understand the broader ideology which inspires the anti-Zionism we are constantly documenting.  Glenn Greenwald, as with his fellow political travelers at the Guardian, is not a mere “progressive” commentator (yet alone a “journalist) but, rather, a radical activist inspired by an “anti-imperialist” ideology which holds his own country and its democratic allies in contempt, and advances propaganda which amplifies the message of our enemies.

The Guardian’s editor Alan Rusbridger, typifying the vitriol directed against the West by many within the leftist intelligentsia, in defending his paper’s right to publish classified documents,referred to George Orwell’s book ’1984′ and argued that US and British intelligence gathering went “beyond Orwell’s imagination”. However, Orwell understood the advantages of even flawed democracies over totalitarian regimes and realized the danger of an intellectual elite which doesn’t understand such stark moral differences.

In 1945, Orwell published “Notes on Nationalism” which argued that within the leftist intelligentsia there is “a derisive and mildly hostile attitude towards Britain [that] is more or less compulsory”, and that that, to such intellectuals, political outrage is inevitably directed not towards truly totalitarian regimes, but “almost entirely against Britain and the United States.”

The Guardian’s role in nurturing indifference towards its own country’s national security – a political orientation John Stuart Mill characterized as a “decayed and degraded state of moral and patriotic feeling” – should rightly be seen as a genuine threat to the Western political values to which true liberals remain loyal.

Guardian editors and contributors may not hate Britain, but their activism certainly serves to aid and abet those who do.

Talk of 'abetting' brings us to the BBC, and its oft-criticised closeness to the Guardian.

Telegraph Online readers may have come across a blog-post by Damian Thompson earlier this week entitled BBC reports MI5's warning about terrorists and Snowden leaks. Not one mention of the Guardian.

The BBC online article Damian was criticising is written by the BBC's security correspondent Frank Gardner:

Now it's time for Gardner to mention, as we did in our report this morning, that the Snowden files were published by the Guardian, despite pleas from the Government not to disclose intelligence techniques.

But no. Not one mention in 800 words. I found this so odd that I even asked Microsoft Word to search for the word "Guardian" in the article in case I'd missed it. Nothing. Can someone explain this extraordinary omission?

The BBC article was subsequently updated to mention the Guardian (I'm guessing in response to such criticism). The update, however, essentially involves allowing two voices from the Guardian group (Henry Porter of the Observer and a Guardian spokesman) to give their side of the story and still doesn't quote Mr Parker's criticisms of the Guardian itself. So it's a minor step forward at best.

The BBC was accused last night of siding with the Guardian in its coverage of criticism of the newspaper’s release of top-secret documents.

All week commentators have lambasted the BBC for its failure to give the story due prominence.

On Tuesday, when the story broke, the main news at 10pm led with MI5 director general Andrew Parker’s speech but made no mention of the key claim that the left-wing newspaper’s publication of GCHQ secrets had done ‘enormous damage’.

This prompted MPs to claim BBC journalists were ‘protecting their Left-wing friends’.

The following morning, bulletins on BBC Radio 4 failed to mention the newspaper at all although it was mention in later reports.

The BBC did not change its online coverage of the story on Wednesday to reflect criticism of the Guardian until the newspaper’s editor, Alan Rusbridger, publicly defended its actions.

The BBC, of course, says it got it about right:

A BBC spokesman said: ‘We completely reject any suggestion that our reporting has been biased.

‘From the outset we have given this story a high profile and robustly questioned all the protagonists involved, representing a range of views as they have emerged including the new angles today, which were the comments from Vince Cable and Jack Straw.’