"Impartiality flew out of the window" 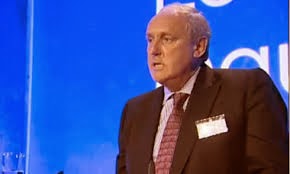 The original storm over the Mail's Ralph Miliband headline has provoked a response from the Daily Mail's editor-in-chief Paul Dacre, published in both the Guardian and the Daily Mail.

Mr Dacre defends his own paper from the Guardian's attack, and has more than a bit to say about the BBC.

Here are some choice extracts:

Out in the real world, it was a pretty serious week for news. The US was on the brink of budget default, a British court heard how for two years social workers failed to detect the mummified body of a four-year-old starved to death by his mother, and it was claimed that the then Labour health secretary had covered up unnecessary deaths in a NHS hospital six months before the election.

In contrast, the phoney world of Twitter, the London chatterati and left-wing media was gripped 10 days ago by collective hysteria as it became obsessed round-the-clock by one story – a five-word headline on page 16 in the Daily Mail.

The screech of axe-grinding was deafening as the paper's enemies gleefully leapt to settle scores.

Leading the charge, inevitably, was the Mail's bête noir, the BBC. Fair-minded readers will decide themselves whether the hundreds of hours of airtime it devoted to that headline reveal a disturbing lack of journalistic proportionality and impartiality – but certainly the one-sided tone in their reporting allowed Labour to misrepresent Geoffrey Levy's article on Ralph Miliband.

The hysteria that followed is symptomatic of the post-Leveson age in which any newspaper which dares to take on the left in the interests of its readers risks being howled down by the Twitter mob who the BBC absurdly thinks represent the views of real Britain.

As the week progressed and the hysteria increased, it became clear that this was no longer a story about an article on Mr Miliband's Marxist father but a full-scale war by the BBC and the left against the paper that is their most vocal critic.

Orchestrating this bile was an ever more rabid Alastair Campbell. Again, fair-minded readers will wonder why a man who helped drive Dr David Kelly to his death, was behind the dodgy Iraq war dossier and has done more to poison the well of public discourse than anyone in Britain is given so much air-time by the BBC.

But the BBC's blood lust was certainly up. Impartiality flew out of the window. Ancient feuds were settled. Not to put too fine a point on things, we were right royally turned over.

Fair enough, if you dish it out, you take it. But my worry is that there was a more disturbing agenda to last week's events.

PS – this week the head of MI5 – subsequently backed by the PM, the deputy PM, the home secretary and Labour's elder statesman Jack Straw – effectively accused the Guardian of aiding terrorism by publishing stolen secret security files. The story – which is of huge significance – was given scant coverage by a BBC which only a week ago had devoted days of wall-to-wall pejorative coverage to the Mail. Again, I ask fair readers, what is worse: to criticise the views of a Marxist thinker, whose ideology is anathema to most and who had huge influence on the man who could one day control our security forces … or to put British lives at risk by helping terrorists?