Is the BBC our Radio Moscow?

...asks Christopher Booker in the Telegraph:

The problem with the BBC director-general Lord Hall’s admission that the corporation has been slow to recognise how much of its output is “biased” is that those who inhabit the BBC are the last people who could recognise how deeply in its culture that bias has become engrained.

Many of us could instantly jot down a list of issues on which the BBC has a clear “party line”, which distorts its coverage to the point where its audience is consistently manipulated and misinformed. Wind farms, for instance, it is for; Israel against; public spending for; “government cuts” against (and don’t mention the deficit); “brave” social workers and gay marriage it is for; US Republicans against. In its sentimental but hopelessly uninformed view of the EU, it is for; private enterprise — against; Tories (unless, like Lord Patten, the BBC Trust’s chairman, they are rabid Europhiles) it is against. The Guardian – for; the Mail and the Telegraph – against. And so forth.

Thirty years ago, Alasdair Milne, Lord Hall’s predecessor, told me that the one issue on which the BBC was proud to ignore its Charter obligation to be “impartial” was apartheid. But since then, its flouting of this statutory duty has become so routine — both in what it tells us and what it leaves out, in who it has on the air and who it excludes — that its coverage is, in many respects, as predictably one-sided as that of Radio Moscow in the days of the Soviet Union. 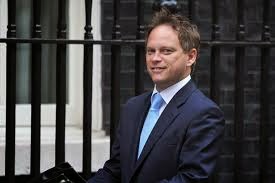 Also from the Sunday Telegraph...


Minister's TV licence fee threat
The BBC could lose its exclusive right to the licence fee if it does not tackle a “culture” of secrecy, waste and unbalanced reporting, a senior Cabinet minister warns.

The minister in question in Grant Shapps, the chairman of the Conservative Party. The Telegraph's Tim Ross reports:


In a major intervention understood to have been made with the knowledge of Downing Street, he said that the Government would consider whether the BBC can keep receiving all the proceeds of the licence fee – £145.50 each year from every household with a television – after 2016, when its Royal Charter expires.

The issue of BBC bias appears to be on the government's mind:


He also spoke of his concerns about a lack of “fairness” in the BBC’s reporting.

Last week, this newspaper highlighted questions over a bulletin by Mark Easton, the BBC’s home editor, on a European Commission report about benefits for migrants. It appeared to draw inaccurate conclusions and fail to present the Government’s position fairly.

Mr Shapps said the item was “wrong” and added that there had been problems with other items by Mr Easton, including one on the Government’s austerity measures, which Mr Shapps described as prophesying “Armageddon, rubbish on the streets and people unburied”.

Although the minister stopped short of an accusation of “institutional bias” he said: “I do think there is, possibly with the particular journalist, but also there is an editorial question for the BBC about applying fairness in both directions. That also is a question of credibility for the organisation.”

He highlighted an opinion poll two weeks ago that concluded that the public were content with the outcome of the spending cuts so far, which the BBC downplayed.

“When they were proved categorically wrong, and people gave the wrong answer and said their services were improved, their response was to bury the story,” he said.

First the Telegraph, now the government. The pressure continues to build on the BBC.

For the moment though, the BBC is having none of it:


A BBC spokesman said last night: “Mr Shapps is right that transparency is key to the future of the BBC. So is its freedom from political pressure.”

He said its own television and radio programmes held executives to account, that it had dealt with 1,600 freedom of information requests in 2012, and appeared in front of 16 Parliamentary committees this year. It allowed the National Audit Office “full access” to everything except “editorial decisions”.

He said Mr Easton’s report was “fair” and that he had a “long record of reporting without fear or favour”.