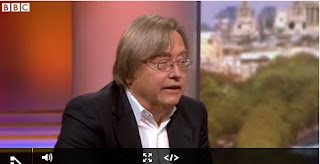 Also on the Marr show, did anyone see David Mellor talking about his battle with an M&S sandwich? He had difficulty getting at his sandwich, which I admit can be tricky, but he showed little imagination in complaining about over-abundant packaging, (perhaps he prefers his sandwiches squashed to a pulp) and for some reason seemed apologetic that he’d been forced to stop off at an M & S service station at all because he was “overwhelmed by hunger”. He said it as though he was excusing some despicable aberration. Is stopping off at a service station for an M&S sandwich something to be ashamed of?

While we’re on the subject of packaging - the Daily Mail’s “war on plastic bags” that Paul Dacre says he’s proud of. What is this war? Anyway, there are probably a few rolls of supermarket plastic bin-liners in those politically correct canvas shopping bags nestling amongst the purchases. The ones that we carrier-bag re-users don’t need to buy.
Your 10p bags-for-life are always at home or in the car so you have to buy another one at the checkout, and your ever-increasing collection will one day go to landfill because they don’t fit in the pedal bin properly. There should be a war on bags-for-life.

Morrison’s have the best free carriers, although Tesco’s bags have improved recently, and those bright orange ones from Sainsbury’s are rubbish. 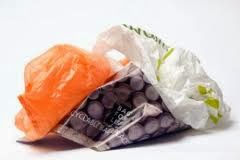