When the BBC doesn’t report a story that other news outlets do, it forces ‘bias bloggers’ into negative territory. Why are you commenting on non-BBC stuff which is none of your business? people might ask. "It’s technically called ‘bias  by omission’ "  one might reply. 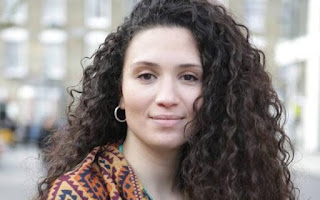 I don’t think the BBC reported anything about the latest insult that the controversial NUS president Malia Bouattia handed out to Jewish students the other day. She had the casting vote on whether Jewish Students should be allowed to select their own rep. on a racism committee.

Needless to say she voted no.

I don’t think it would interest the BBC that Michael Gove made an oblique reference to this from the back benches, so I haven’t bothered to tackle the BBC’s unresponsive search engine to find out.

“Speaking at the second reading of the Higher Education and Research bill in parliament, the former education secretary said “at the moment there are voices and individuals within the NUS who have not upheld the best traditions of academic freedom and who have created in some respects a chilling environment and a cold home for students, particularly those who are Jewish.”

You can read the transcript of the whole speech here.

I caught a glimpse of Sarah Champion speaking on the Victoria Derbyshire show yesterday  about online bullying and sexual grooming. She has set up a campaign especially to “raise awareness” of it.
I have no first-hand knowledge of the actions Sarah Champion MP actually took when she discovered that sexual exploitation had been going on under her nose - not online, but in real, non virtual life. So if I assume she’s ‘deflecting’ by initiating these other campaigns I might be all wrong, and I’d be quite pleased to be, but it seems odd that under the circumstances, when she is not obsessing about Palestinians, she is warning children about online sexual grooming.

We’ve blogged about this before, but here she is in July 2014 sitting at a table amongst a committee of male Muslim councillors, obsessing about Israel. (The YouTube version has attracted a number of strongly-worded comments)

A month later this excoriating report came out.
Although the article says the council commissioned the report on Rotherham’s grooming gangs, it also says:
“It lays out how Rotherham Council and the police knew about the level of child sexual exploitation in the town, but didn't do anything about it.
They either didn't believe what they were being told, played it down, or were too nervous to act. The failures, the report says, are blatant.
The report estimates 1,400 children were sexually exploited over 16 years, with one young person telling the report's author that gang rape was a usual part of growing up in Rotherham.”

So I don’t know whether I am being harsh in criticising Ms Champion, or for criticising the BBC for letting her publicise her campaign on TV. I just thought it was worth raising awareness of it

Sarah Champion had quite a lot to say about child cruelty when she was shadow minister (Home Office) The children in question weren’t Rotherhamians, but Palestinians.
She brought this debate to Westminster Hall in Jan 2016. It was about child prisoners in the occupied Palestinian territories. The usual Palestinian obsessed MPs were there including the late Jo Cox.

Also present, and with plenty to say, was one Nassm (Naz) Shah, the young lady who didn’t know that antisemitism was racism. However, she did seem to know quite a bit about Mahmoud Abbas, for example that he was promoting peace and not encouraging terror. She said Palestinian children were being blindfolded and tortured - and that Israel hasn’t provided any evidence of a stone throwing incident causing death. Perhaps she expected Israel to prove it to her, personally, before believing it?

This topic is extremely popular with British MPs. Another debate on the subject took place the other day, in the Lords this time. (Yesterday to be precise) They really love this topic. “Palestine: Children.”

The usual Palestine obsessed Lords were there, including Baroness Tonge. One noble Lord after another produced context-free anecdotes of suffering and depravation in the occupied territories, having been entertained by CAABU in the customary manner, until all of a sudden no less than four, yes four, noble Lords spoke up for Israel.

If that’s the kind of thing that interests you, do click and have a read.

Interestingly, several of the speakers spoke admiringly of the Palestine Youth Orchestra, which is presently touring the UK.
I don’t suppose there will be any mobs out on the streets outside their concert venues with leaflets or inside with banners and loud-hailers disrupting their concerts.

I suspect the Chakrabarti inquiry satisfied the Labour Party that the allegations about antisemitism had been dealt with. They’re reinstating their discredited  councillors and MPs as fast as they can. Gerry Downing, Naz Shah, Jackie Walker, Terry Kelly - forgive me if I have left anyone out.
One Labour member, however, the leader of Brent Council, has offended his co-religionists by apologising to the Jewish community.
Of course, there are Jewish residents amongst his constituency, so there’s an element of expediency in his apology, but it looks pretty fulsome as apologies go, (as did Naz Shah’s)

I wouldn’t normally link to this website, but the bitesize definition of ‘Zionism’ at the foot of this article is almost amusing in the child-like imbecility of its one-sided, counter-factual explanation.

Israel was created in 1948 after Zionist settlers colonized Palestinian land and expelled around 750,000 people though a campaign of ethnic cleansing.

In 1967 Israel occupied the West Bank, East Jerusalem and the Gaza Strip during the 6-day war with Egypt, bringing all of historical Palestine under its rule.

Israel has launched brutal wars on Lebanon twice – in 1982 and 2006; it continues to occupy the West Bank and Jerusalem, implementing harsh security measures against its Palestinian residents; it keeps Gaza under military and economic siege; and within Israel itself, Palestinians live as second-class citizens.

I wonder if the BBC has taken that into consideration, because their mini definitions aren't much more informative, (or impartial) than the 5Pillarz version.


After the Holocaust, Jewish people were allocated land to settle on.

They considered the region of Israel their homeland. However, many of the Arab people who were already living in Palestine and the surrounding areas found it unfair.

Typically those who identify as part of the Zionist movement believe in the protection and development of Israel as the Jewish nation.

Not all Jewish people agree with Zionism.

Not all non-Jewish people agree with Zionism, either. Malia Bouattia and assorted Corbynistas use "Zio" as a term of abuse.