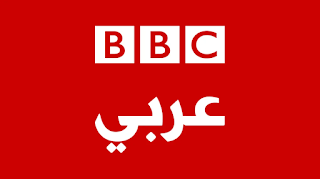 The Jewish Chronicle has a leader column this week which surely ought to make the BBC sit up and take notice:

What is the purpose of the BBC’s Arabic service? The answer might seem obvious — to bring the BBC’s editorial standards to coverage of Arab countries in their own languages. But its output reveals what seems to be a very different purpose: to promote a view of the Middle East with which we are all wearily familiar, in which Israel is the wicked enemy and those who fight it are heroes. That includes news coverage in which Jerusalem is called “the occupied city”, the Israeli army the “Israeli Occupation Forces” and the PLO “the Palestinian Resistance”. The anti-Israel bias of BBC news in general has long been an issue, but the specific failings relating to its Arabic service are of a different order of magnitude. As our investigation reveals, the BBC has itself admitted to 25 mistakes in its Arabic coverage in just over two years. But that figure barely scratches the surface of the problem.

In this week’s JC Essay, David Patrikarakos shows how polling in parts of the Arab world show a move towards a more favourable view of Israel; a slow move, but a move nonetheless. One of the blocks to progress is the BBC’s Arabic service. Instead of being given the facts, impartially and without bias, viewers are often given barely more than anti-Israel propaganda. This matters because it means the BBC is itself part of the problem in the Middle East. Last year, the BBC published new impartiality guidelines, supposedly to be enforced by a senior executive. Ken MacQuarrie, the man appointed to the role, is paid £325,000 a year. We would suggest that he might now start earning it by turning his attention to BBC Arabic.

There's a lot of damning detail in Jonathan Sacerdoti and Gary O'Shea's JC accompanying investigation into BBC Arabic's "anti-Israel bias and inaccuracies" and it's quite something to learn that the BBC has been compelled to admit 25 "mistakes" in its Arabic coverage of Israel in just over two years, "issuing on average nearly one correction every month". It suggests at best that standards at the BBC's Arabic Service aren't what they ought to be.
The BBC has been given "a detailed dossier of apparent breaches" this week.
As well as listing the inaccuracies and the forced apologies, the dossier accuses the BBC of "systematically downplaying terror attacks on Israelis; repeatedly using Hamas-inspired language; showcasing extreme views without challenge; and publishing a map in which Israel was erased".
According to the piece, the BBC has apologised in recent years, among other things concerning BBC Arabic, for:
Also detailed is the fact that BBC Arabic repeatedly calls the West Bank, Gaza and even Israel “Palestine”, despite its own style guide outlawing the term.
Strikingly, the JC notes the service's employment (one as a correspondent, another as an editor) of two journalists who previously worked at the Hezbollah-owned TV station Al-Manar (a channel designated a “Terrorist Entity” by the US).
BBC Arabic are also accused of "regularly giving a platform" to blog favourite, Abdel Bari Atwan - though the BBC News Channel has been indulging his extreme views on Dateline London for well over a decade now. At least on Dateline, he was sometimes challenged. Apparently, BBC Arabic hasn't provided “appropriate challenge and / or other context”.
One I'd not heard of came last May: BBC Arabic "showcased social media comments which celebrated a sci-fi drama that envisioned the destruction of the Jewish state".
The article also says:

The corporation has also appeared to depart from editorial standards in its Arabic output with respect to reporting terror attacks. According to the BBC style guide, journalists must “report acts of terror quickly, accurately, fully and responsibly”. But while the BBC reported in English on 34 fatal terror attacks on Israeli civilians between 2015 and 2020, its Arabic service covered just 25 of these, analysts said, seriously downplaying the extent of Palestinian brutality.

A BBC spokesperson has responded already: “BBC Arabic shares exactly the same principles of accuracy and impartiality as BBC News in English, and we strongly reject the suggestion that its impartiality is compromised.”
Instead of the usual kneejerk dismissal, however, the BBC would do better to thank the people behind the study for their efforts, and then go away and think about all that they've been presented with here.
They've a really big problem if they don't see that there could be a big problem with the BBC Arabic service here that needs careful consideration and maybe serious action.
Posted by Craig at 13:01