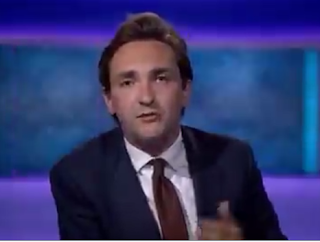 Spiked has very recently tweeted a link to a new article, introducing it with these words:

I saw that tweet - and read that article - after reading a take on the matter from Newsnight's Lewis Goodall, who's very much in the 'critics' camp:

Rachel Schraer from BBC Reality Check very good on University freedom of speech on World at One just now. Makes clear there’s very little elimination of freedom of speech or censorship taking place institutionally. A few examples of student groups no platform but even there often the examples “taken out of context” or exaggerated.

And Lewis (as ever) has more. He then tells us what we SHOULD be talking about:

Reminder of education problems for which there is incontrovertible evidence:

- no plan yet for exams this summer

- still hundreds of thousands of tablets short for remote learning

In other words: Focus, people, on my agenda - attacking the Tory government from every conceivable angle! 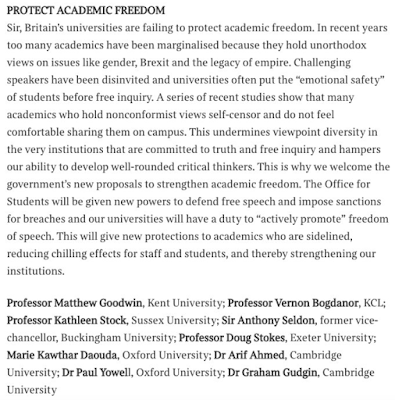 Now, who to believe, Newsnight's Lewis Goodall or that eminence of many decades of BBC election nights, Prof. Vernon Bogdanor? I think I'll go with the Argument from Authority after all.