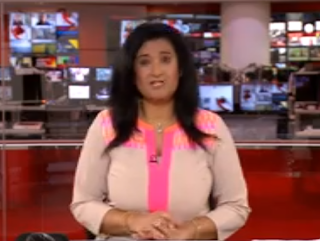 [Cheerful tone.] This week, we heard President Biden's new take on US foreign policy - ending support for the Saudi offensive in Yemen, a tougher line on Russia and a still strong stance against China.

[More serious tone, knitted brow.] The challenges ahead are many. In the last few days alone, we have seen protests crushed and heard deeply unsettling evidence of the human capacity for evil.

[Even more serious tone, even more knitted brow.] In China, horrifying news emerged of atrocities against the Muslim Uighurs. In Russia, thousands were arrested for protesting in support of Alexei Navalny. And in Myanmar, Aung San Suu Kyi and civilian leaders were put in detention in a military coup.

[Brighter tone, shoulders rising, eyebrows shooting up.] But - there is a new leader in the White House, which, for many, is grounds for hope, and across the world we see almost unbelievable acts of individual bravery from those who will not be cowed.