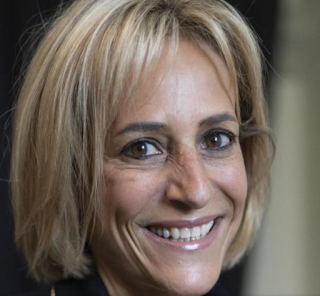 Though it's fast becoming a 'dog bites man' kind of story, rather than a 'man bites dog' one, The Times reports today that Emily Maitlis has "landed the BBC in a new impartiality row".
The article begins:

Emily Maitlis has been criticised for lacking impartiality after sharing a message by the broadcaster Piers Morgan that was critical of the government.
Maitlis, lead presenter of the BBC programme Newsnight, retweeted to her 425,000 followers on Twitter a message by Morgan that stated: “If failing to quarantine properly is punishable by 10yrs in prison, what is the punishment for failing to properly protect the country from a pandemic?”
She was one of 12,200 people to do so but later deleted the message from her Twitter timeline.

As regular readers will know, it's not the first time she's had to delete a non-impartial tweet (or a retweet) and send it swiftly down the memory hole.
One of the key tests of Tim Davie's director generalship was his ability to rein in the likes of Emily Maitlis.
So far she's sailed on, even despite ruling after ruling against her by the BBC itself for lapses on the impartiality front.
Will no one at the BBC ever dare to clip her wings?
Posted by Craig at 15:00