Thanks to Stew for helping to update an earlier post with something even more remarkable.

The remarkable thing is that the BBC actually toned this down.

They did it via a stealth edit.

Here's what it was: 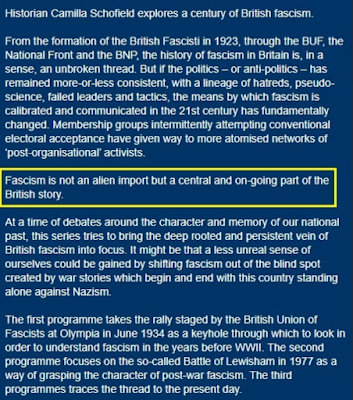 And here's what it became: 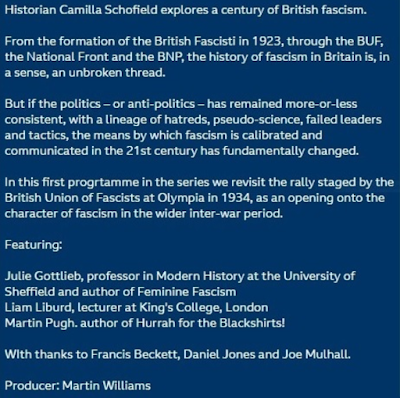 That first version, stating that fascism is "central" to this country's history rather than an "alien import" may be the biggest lie the BBC has told yet in their attempt to denigrate their own country. Fascism has always been marginal.