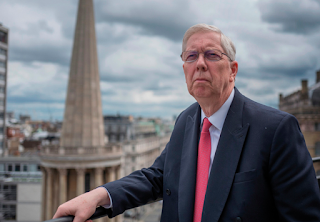 We are one of the very few British institutions to be seen as world class... it would be a colossal act of national self-harm if regulators or governments were to take steps which diminished the role of the BBC.

I don't know about you, but that struck me as a 'very BBC' statement, in that "we are one of the very few British institutions to be seen as world class" is such a typically negative thing to say about our country. It seems to embody the BBC's whole outlook.

We have many of the world's top-ranking universities, many world-beating scientific laboratories and medical research centres, many of the world's greatest museums and galleries and theatre companies, sports tournaments (the Premiership, Wimbledon) not to mention the Royal Family, our armed services, our Parliament, etc, etc.

And, Sir David, look at this list of UK Nobel Prize winners in the past decade alone:

Does the rest of the world really see us as negatively as the BBC sees us?
Posted by Craig at 12:05