As John Marlow notes on the open thread, complaints are now going into the BBC from Paul Homewood and others about Roger Harrabin's ongoing reporting about a new coal mine in Cumbria.

Paul's case is that the BBC's environment analyst seems so personally invested in this story that he needs to be "banned" from covering it any further.

It certainly appears perilously close to open campaigning to me too.

RH's tally of online pieces in the three or so weeks now stands at six. 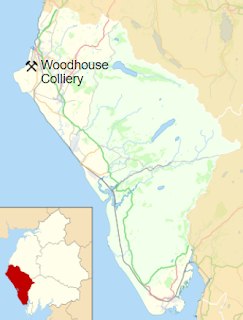 The government’s chief planning officer has defended its recent decision to allow a new coal mine in Cumbria.

Britain's climate change leadership is being undercut by a government decision to allow a new coal mine in Cumbria, MPs have warned.

Pressure is growing on the prime minister [sic] to ban a new coal mine in Cumbria.

The government’s climate change advisors have rapped ministers for allowing a new coal mine in Cumbria.

The leading climate scientist James Hansen has warned Boris Johnson that he risks “humiliation“ over plans for a new coal mine in Cumbria.

The UK's climate tsar, Alok Sharma, has been urged to resign unless the prime minister scraps plans for a new coal mine in Cumbria.

I'm getting quite intrigued by how the BBC is facilitating Roger Harrabin's reporting/campaigning here.

Just look at the language the newsreader reads out in the introduction to Roger Harrabin's report. It's all cut from the same cloth:

The government has defended its decision to allow a new coal mine in Cumbria to go ahead, insisting the matter is a local issue. The Communities Secretary Robert Jenrick had the power to block the plan after it had been approved by the local council. Environmental campaigners say his refusal to do so is totally at odds with climate change policy. Here's our environment analyst Roger Harrabin.

Cumbria councillors approved the mine near Whitehaven because they say it will create 500 jobs in an area of high unemployment. Environmentalists angrily opposed the plan and asked Mr. Jenrick to use his powers to overrule it. But his chief planner Joanna Averley said the Secretary of State had come to the conclusion that the decision should be made at a local level:

Joanna Averley: The Secretary of State has to make a judgment based on whether the impacts of the scheme are more than local, and in this case the decision was that this was a decision for local determination and the application was approved by the local authority.

But, of course, carbon pollution from burning fossil fuels is an issue of global concern [ed - pre-echoing what the man from Greenpeace is about to say]. Campaigners such as John Sauven from Greenpeace have reacted with disbelief:

John Sauven: It's extraordinary that anyone still believes burning coal is only a local issue and has no global impacts [ed - echoing what Roger Harrabin has just said. And Roger gave this an 'of course' too, thus reinforcing John Sauven's echo yet further]. Let's hope China and another major coal burning countries don't take the same view or the world will be toast. It certainly isn't setting the global leadership on climate that the UK Prime Minister says he is inspiring to.

Supporters of the mine say it will supply coking coal for steel manufacture in the UK and Europe and that will save the need to import coal. But the UK government's leading a global climate summit in the autumn. It was a founder of an international group called the Powering Past Coal alliance. Environmentalists say as the UK tries to persuade other nations to cut their carbon emissions the decision to open the first deep mine for 30 years could make Britain an international laughing stock [ed - And that's how it ends, with that message ringing in Radio 4 listeners' ears].