Jeremy Bowen: "I thought they'd be strung up" (by the British public) 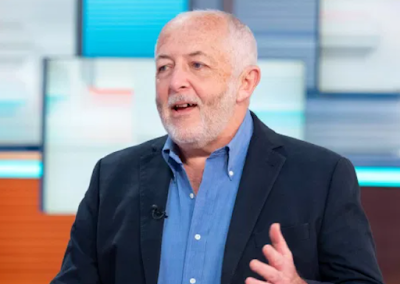 Jeremy Bowen - Considering that I was from one of the countries that was bombing Baghdad and the horrendous slaughter of their families the men outside were polite and decent. I wondered what might have happened to an Iraqi news team if Saddam's men had somehow managed to kill 400 civilians in London or New York. I thought they'd be strung up.

It's a while since I've listened to From Our Own Correspondent from start to finish.

(I rarely listen to Radio 4 these days).

Today we got (a) a piece from Israel on the Covid19 vaccine, full of the usual heavy hints about how badly the Palestinians are being treated; (b) a piece from Ireland on how great the EU has been for the Irish Republic; (c) an angry, self-justifying rant from Jeremy Bowen about an American air raid that killed hundreds of Iraqi civilians during the First Gulf War where Jeremy lashed out at the West and the British tabloids; (d) a piece from India about pangolins; and (e) a piece brimming with enthusiasm for the first mosque to be built in Spain since the 13th Century (right in the heart of Seville), with only a brief mention of the far-right Vox as its lone fly-in-the-ointment.

I could have been reading The Guardian.

The Jeremy Bowen piece was the most outrageously biased. It was angry-sounding too.

The BBC's Middle East Editor keeps on arguing for highly controversial positions. Here he was sounding off again about the virtues of the Iran nuclear deal and how wrong it was that Donald Trump took the US out of it, and telling Joe Biden what he needs to do:

President Biden's big Middle Eastern challenge is to amend some of the damage done when Donald Trump pulled America out of the agreement to restrict Iran's nuclear activities. Iran has always denied that it wants a bomb but since President Trump made his move the Iranians have intensified their enrichment of uranium and are now closer to being able to create a weapon.

He needs to avoid repeating the terrible mistakes of the last 30 years and that starts with restoring the agreement with Iran. It was far from perfect but it stopped a slide towards another Middle East war. Nobody wants one, but it's a possibility if the problem is left to fester.

This is advocacy journalism, isn't it?

But this was the passage that really stood out for me:

Many of the bodies were not recognisable, blackened and twisted by the blast and the fire. When I went inside the shelter was still smoking and unbearably hot. I could see the neat broad hole made by the first American missile, almost a clean cut through a couple of metres of concrete and steel. A second one was fired through the hole to explode inside the shelter, its thick walls channelling and concentrating the blast. Not many survived. Considering that I was from one of the countries that was bombing Baghdad and the horrendous slaughter of their families the men outside were polite and decent. I wondered what might have happened to an Iraqi news team if Saddam's men had somehow managed to kill 400 civilians in London or New York. I thought they'd be strung up.

So Jeremy Bowen of the BBC believes that his fellow countrymen, us British, would have "strung up" innocent Iraqi journalists if Iraq had committed a similar act in London?

Obviously, he doesn't think we're as "polite and decent" as those Iraqis.

Doesn't that way of thinking speak volumes about how journalists at the BBC view the people of their own country? They don't seem to reckon much to us, do they?