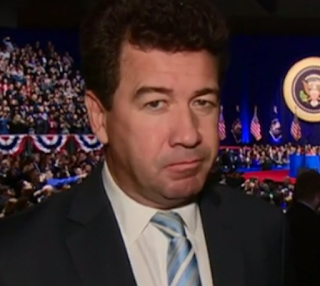 How well we know some BBC reporters!

I read a prediction this morning that the BBC's Nick Bryant, reporting from New York for From Our Own Correspondent, would...

...be doing his best to avoid the Cuomo scandal and other similar ‘stuff em in nursing homes to make hospital stats look good’ scandals in other states...

...even though he'd be reporting on Covid's impact on New York City.

Kate Adie's introduction led to me into thinking this might prove incorrect as she said, in passing, "Could it have been handled better, with the governor Andrew Cuomo coming in for criticism?"

But no, though he did talk about the impact of the disease and the lockdown on the city, Nick Bryant never mentioned Governor Cuomo or the nursing home scandal.

He didn't even allude to them.

The only politician he had a pop at was...guess who?...yes, Donald Trump.

Labels: 'From Our Own Correspondent', Nick Bryant