How to take issue with the BBC? 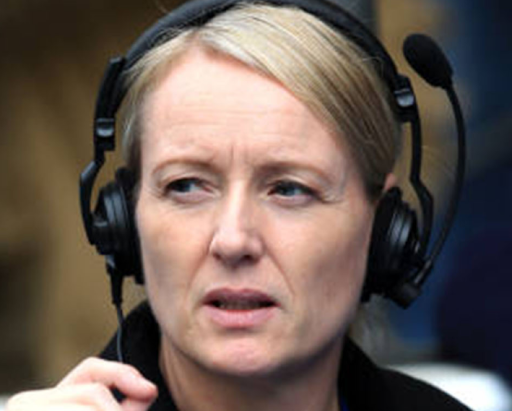 Clicking into Twitter this morning the first thing I saw was Jeremy Bowen riding to the defence of a BBC sports journalist, Sonja McLaughlan.
She's been in the eye of a Twitter storm following her post-match interview with England rugby captain Owen Farrell after England's shock 40-23 defeat to Wales yesterday.
She had later tweeted:

Toxic, embarrassing, disgraceful, appalling. Just some of the feedback I’ve had.
Thanks for using @ sign so it’s all hit home.
Now imagine getting inundated with abuse for doing your job.
In my car crying. Hope you’re happy.

I thought it was a good interview. Sonja McLaughlan asked the right questions, the ones on everyone’s minds. Sometimes sports interviewing is way too deferential. This wasn’t.

Many others rode to her support, though lots also continued to take issue with her interview.
Here's one of those taking issue in a constructive way:
Update: The BBC website has published a report about support for Sonja McLaughlan from the BBC and others. It's a 100%, back-her-to-the-hilt, wagon-circling piece - essential a glorified press release - that provides readers new to the story with very little context.
Further Update: As often, that modern Montaigne, Bruce Lawson, puts it well:

It’s not fair that Sonja received all that abuse, but before condemning it out of hand, the BBC, her employer, might want to have a look at themselves. What an earth were they doing furnishing her with a series of idiotic and provocative questions?