Pointing people in the right direction 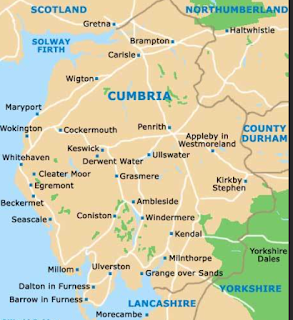 How's Roger Harrabin's (campaigning against) coverage of the proposed new coal mine in Cumbria going?
Last time we left him having produced 6 separate reports for the BBC News website, all heavily slanted against the new mine.

He's now up to 8 separate articles in the last month, the latest of which is headlined:

Cumbria coal mine: What is the controversy about?

Obviously, from the headline and the format of the piece, we're meant to take it as an impartial 'explainer'.

It goes through the motions, beginning with a short 'on one side, on the other side' introduction.

Then comes a two-paragraph section headlined What is the case for the mine? I've read a few defences of the proposed of mine, some compelling. Roger, however, gives a highly abbreviated take on them, so much so that readers new to the story won't much find much to go on. It's essentially a few gnomic bullet points such as you'd find in an old school revision book.

Then comes a more expansive four-paragraph section titled Why do environmentalists oppose it? The points are fleshed out more and become more readily understood. The language changes too, moving from the 'promises' and 'coulds' of the 'For' paragraph to that most telltale of phrases in a BBC report: "points out". What is being 'pointed out' is something that counters one of the three 'For' points.

By this stage Roger has already tilted the balance of the debate in favour of the mine's opponents, but the 'game of impartiality' is still being played: We've had two sections: one for, one against.

Next comes a segment headlined Does the UK steel industry need Cumbrian coal? And Roger really goes for it, immediately introducing the question as "controversial" and then saying "few in the industry and prepared to speak publicly."

This makes the mine's defenders sound dodgy before we even get into the facts of the matter.

Roger then undermines them even further: One of them says the Cumbrian coal would save his firm "some cash", which makes him sound as is he's a miser! And then this same person, "and other industry figures I approached", agree that the Cumbrian coal is "not essential for their business" and apparently favour "clean steel production".

So, does no one in the steel industry sincerely support the Cumbrian mine? Really???

The next section, What are the alternatives to coal for the steel industry?, is fairer - in that it cites both sides - but again gives more space and the last word to the 'anti-mine' side.

What about the jobs? brings more 'impartiality', with a short 'pro-mine' point beginning and ending the section (the same point), but features a couples of counter-points in between then says that the local MP supports the mine "and won't discuss the matter with the BBC" - again casting a mine supporter in an unfavourable light. (I think I can guess why the MP won't speak to Roger.)

The last two sections - Are other countries facing the same dilemmas? and So what happens now? - seem to go beyond persuading to the public to appealing to the Johnson government's 'better nature', and to Boris himself. It WILL be embarrassing for the UK if the mine goes ahead because it initiated the global "Powering Past Coal" alliance and Boris's "reputation" is "on the line", so "it's barely conceivable that Boris Johnson, with his reputation on the line, won't find a way of pointing him in the right direction"....cue final sop to 'impartiality'!: ..."whichever way he thinks that is".