Jon Sopel and the Case of the 'WTF' Eyebrow 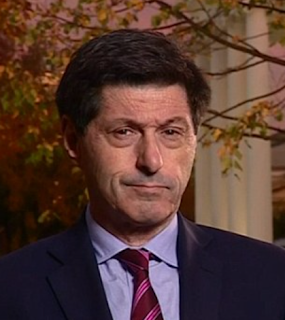 In The Times this week Patrick Kidd risked making readers' eyebrows "do ‘WTF’" by writing:

In four years of covering Donald Trump, Jon Sopel had to try to maintain impartiality in the face of absurdity. “My eyebrow has learnt to do ‘WTF’, ” the BBC’s man in Washington told an Intelligence Squared event.

Well, he didn't try very hard, did he?

Now, he is almost missing the orange peril. “I feel like I’ve had four years of a daily fix of crack cocaine and I’m now moving over to a half of shandy,” he said. “There’s a degree of cold turkey in the transition.”

We predicted that 'yes man' journalism under the Biden administration wouldn't be as much fun for Sopes. What a shame! Still, he's always got his books to flog.