In which Anthony Zurcher gets carried away and then repents 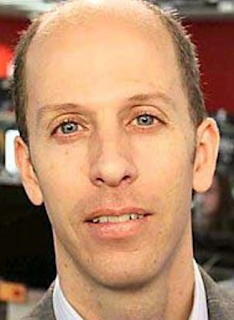 "Tweet in haste, delete soon after" is becoming quite the BBC thing.

Senior BBC reporter Anthony Zurcher is the latest to embarrass himself - though unlike, say, Emily Maitlis or Lewis Goodall, at least he, The Zurch (as 'Sopes & Maitlis' call him), had the decency to acknowledge that he'd deleted them after an error on his part.

He thought he spotted a modified, Trump-supporting Confederate flag at a Republican rally in Orlando and posted a string of tweets about the flag's history as "the white man's banner", with all that applies for the Trump supporters at that rally, only for others to go and spoil it all by pointing out that it was actually a Christian flag "that had gotten partially wrapped around its poll".

If this kind of thing continues, "Tweet in haste, delete soon after" might soon replace "Nation shall speak peace unto Nation" on the BBC's coat of arms before too long.