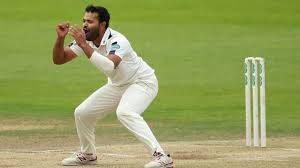 Ever since their post-holocaust interest in self-preservation, the Jews (Israelis) have been accused of “bringing it on themselves” (that is, by their so-called  “treatment of” or “behaviour towards” the “Palestinians”)  How easy it is to disregard their zealous commitment to the destruction of Israel.

This may seem slightly off-topic, but I felt I had to say it because today’s parliamentary inquiry over racism made me think about the parallels between that and my ambivalent response to Azeem Rafiq’s testimony about institutional racism in cricket.

When I hear gratuitous or defamatory insinuations about the Jewish 'character' - their greed, avarice, supremacist attitude, and so on - I can truly sympathise/empathise with Rafiq’s hurty feelings about being called the peeword.

However, my instinct tells me that feelings of fear and loathing concerning Islam and the geographical codeword for it that begins with P, does indeed comprise a (justifiable)  element of ‘they brought it on themselves'.

The inquiry that’s going on as I speak has a whiff of sanctimony and woke hypocrisy about it coming from people who just don’t get it. 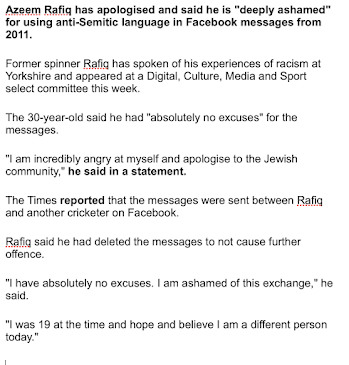