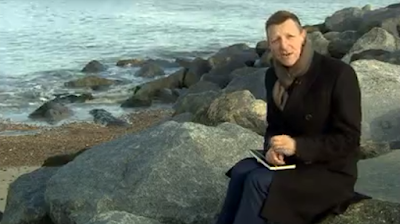 The BBC's home editor Mark Easton has an advocate's way with statistics.
On Wednesday's News at Ten he made this statement:

There aren't more asylum seekers asking for sanctuary in Britain.

By Thursday's News at Ten - which began with the statement “Boatloads of desperation continue to wash up on Kent's beaches. Only a fraction of asylum seekers in Europe choose the UK” - Mark Easton added this, almost in passing:

And there's a canny bit of jiggery-pokery here. The Times reports the same figures and says:

Asylum claims are higher than the number recorded at the peak of the 2015-16 European migration crisis at the height of the Syrian civil war, when applications hit 36,546.

That asylum claims are comparable or even slightly higher than they were in 2015 - at the very height of the European migrant crisis - is quite something.

It's all about how you frame it obviously. The Times's headline couldn't be further from Mark Easton's 'frame':

I'm intrigued though about what was going on throughout 2001. 🤔 Ah, yes.