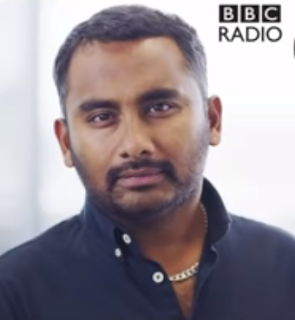 In response to claims that Amol Rajan's republicanism might contaminate his controversial Royal Family documentary, the BBC repeated their mantra that journalists like Amol leave their personal views at the door when they join the BBC.
If Anita Singh's review in The Telegraph is anything to go by though, he appears to have let at least some of those views slip through the door, take their shoes off and plonk their feet on his desk:

That’s not to say that Rajan didn’t share his own opinions. It is clear, he concluded, that “in some tabloid quarters, racially charged tropes were evoked and gave a xenophobic whiff” to coverage of Meghan.

And also on the 'racism' theme:

...he allowed Meghan’s cheerleader-in-chief Omid Scobie to paint himself as the “only” mixed-race royal correspondent. Technically true, but it ignores the fact that a non-white royal correspondent appeared in this very programme (Roya Nikkhah of the Sunday Times), while the Press Association’s royal correspondent is black. A small fact but - as Prince Harry would say in his fight against fake news - truth matters.

Labels: 'The Princes and the Press', Amol Rajan, The Royal Family