Where The Independent leads the BBC follows

We were discussing on the open thread how The Independent disgraced itself overnight with the following headline: 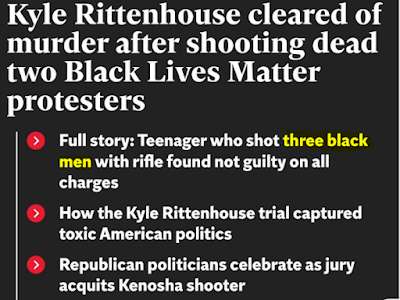 The Independent subsequently edited it to remove the word 'black' but should never have posted it in the first place.
And guess what's happened now?
Here's a tweet from BBC Pidgin: 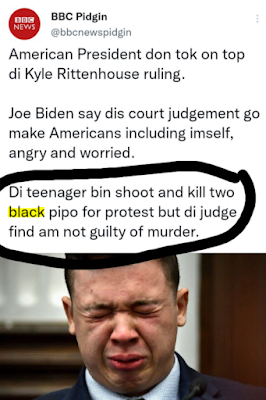 They've now deleted it and sent out a new one [without an apology].
Here's a flavour of the reaction:

Lord of Adders Black: Will you be issuing an apology @bbcnewspidgin for trying to stir up racial tension by stating the people shot by Rittenhouse were black? You’ve deleted it but it’s been stored for posterity. You knew exactly what you were doing, didn’t you? It’s the sort of behaviour I’d expect from The Independent and you wouldn’t want to be associated with that shower.