"Could we overturn last Thursday?" 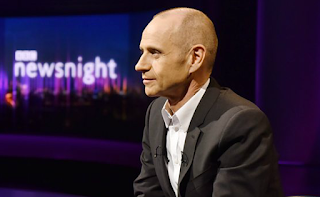 “Does my right honourable friend agree we still have a parliamentary democracy and it would be the duty of each Member of Parliament to judge each measure in the light of what each man and woman regards as the national interest, and not to take broad guidance from a plebiscite which has produced a small majority on a broad question after a bad-tempered and ill-informed debate?".

I caught up last night, via Parliament TV, with David Cameron's statement about the EU referendum vote. Besides the obvious dramatic moments (the outgoing PM's jokes and the jeering at Jeremy Corbyn from his own side), the thing that stood out for me - and sent a chill down my democratic spine - was just how little respect many Remain-supporting MPs evidently had for the result of the referendum.

From both sides of the House (and from several parties) came calls for the result to be resisted, whether by simply ignoring it as 'merely advisory' (eg Ken Clarke), or by overturning it though a second democratic method: a new general election (the Lib Dems), or a second referendum. Where David Lammy and his talk of "madness" and "the rule of the mob" led over the weekend, others followed.

And watching last night's Newsnight I noted that Evan Davis & Co. made a cool, clear attempt to 'normalise' such possibilities.

Here's how Evan Davis himself framed the programme's central section:

Well, when the dust settles on the politics the big issue will be 'What is our relationship with the EU and how is it going to be decided upon?'

Essentially there are three broad outcomes: (1) That we leave properly, exiting the EU and the free market, meaning that we'd no longer have free movement. (2) That we part-leave by going into the European Economic Area, the Norwegian model - that's outside the EU, in the single market and with free movement. And then (3), which must be least likely, is that we somehow remain within the EU. Three possible destinations.

There are also three roads to those destinations. Parliament and government could make the decision. MPs would probably choose Norway at this point, if they could. Then there's the possibility of a general election to decide with parties pitching their views to the voters. The Lib Dems, for example, have said they'll campaign to overturn the referendum. Then there's the second referendum option: that we talk to the Europeans and have a vote at the end of it. Could we overturn last Thursday?

And in the closing discussion with two Remain-supporting journalists, Zoe Williams of the Guardian and Tom Newton Dunn of the Sun, Evan pursued the theme again after Zoe mooted an broad alliance against the "sheer vandalism", the "incredibly vandalistic act",  of the UK's 'Leave' vote. Evan intervened to wonder:

Hold an election and say, 'Look, overturn the referendum. Elect us and we stay in the EU"?

Do you think Labour could campaign and say, 'Let's stay in'? Is that a plausible thing, to overturn the referendum in an election?

Is this how an inexorable campaign by the losers of the Referendum to overturn the people's vote last Thursday begins?

And will we look back on this in, say, ten years time, when we're still inside the EU, and say 'And look what part the BBC played in overturning that vote, and just how soon after the 'first referendum' they started doing so?'
Posted by Craig at 20:39