Fiction, paranoia and all

My late mother looked out at me from the bathroom mirror this morning. When I was young I thought the old girl was stupid, but fast forward a decade or three and now it seems I AM her. I can hear myself saying things she used to say (and sounding quite like her as I do so.)

The constant whinge we’re hearing, which is that the old who voted to leave the EU have ruined the lives of the young who voted to stay, is unpleasant and inaccurate; but even if it weren’t, let’s not forget how cringeworthy most of our own youthful attitudes look, in retrospect. The old may not all be wise, but neither may the young. Especially the ones who are complaining now but didn’t even vote.

Since 24th June, when the country delivered that surprise slap in the BBC’s face, the BBC’s political fraternity have been consistently talking the country down. The financial and business gurus have hugely exaggerated the effect on the pound and the ftse. Britain’s glass is half empty, across the board. Sally Bundock and Ben Thompson were at it earlier today, and Thompson even described what would happen “If we leave the EU” - in fact if I remember correctly he even said “If we vote to Leave the EU”. Eh, what?

You know how small children inadvertently reveal what they’re thinking in fantasy and play?
It’s a peculiar characteristic of the Arab world, which followers of the BBC won’t know much about because the BBC doesn’t report it.

The conspiracy theories and infantile accusations the Israel haters of the Arab world invent could be used as typical psychological case studies of projection.  Like children, they egg each other on, their tales getting wilder and wilder and ever more revealing of their own thought processes and “unconscious impulses”.  This would be almost comical if only the rest of the world saw it for what it is instead of resolutely taking it at face value. The rest of the world lacks a sense of humor.

Just one recent example of the EU’s gullibility on this score is the speech Mahmoud Abbas gave to a packed auditorium on 24th of this month.
After he had delivered it, fiction, paranoia and all, he received a standing ovation. Thank goodness we voted “Leave’. Any fleeting twinge of buyer’s remorse - dissipated in one fell swoop.

Thanks to Daphne Anson (comment below) I enjoyed reading this piece by Charles Moore,  (Telegraph) particularly:

“.....it is the Labour moderates, with their gloopy admiration for the EU and their uncritical endorsement throughout the Blair/Brown era of the excesses of global capitalism, who are the most out of touch with their natural supporters. “

and the final few paragraphs:

It's as if the BBC wishes the world was falling apart
Funny how Project Fear has been even more strongly pushed by the BBC (and Channel 4 News) after Remain has lost. The poor public are encouraged to believe fantasies, such as that all Poles must now go home or that we shall need visas to visit France. Such tales cannot be authoritatively refuted because poor Messrs Cameron and Osborne dare not admit that most of what they told us the week before is rubbish, and the Leave campaign is not the government of the country.

Into this vacuum rush the doom-sayers. Yesterday the BBC put at the top of some bulletins the exclusive ("the BBC has learnt") that HSBC will move 1,000 workers to Paris if Britain leaves the single market. The following things were not properly explained – that HSBC was contemplating this, not actually doing it; that we might not leave the single market anyway and certainly won’t for more than two years; that 1,000 workers is only just over two per cent of HSBC’s British workforce; and that most of those sent to Paris would probably be French people currently in London.

Is there any country in the world – apart from Britain – where the British Broadcasting Corporation would greet the return of parliamentary democracy with terror and dismay?

Despite the above, there is one person who should be deported at once. During the campaign, Ken Livingstone said that if Britain were to vote to leave the EU, he would leave Britain. When I last looked, he was still around. He should be put on a plane with a one-way ticket to Venezuela or Iran. 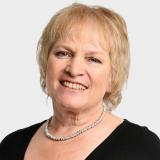 Libby Purves has some interesting observations in today’s Times:

Hysterical lefties really need to grow upAs the culturati weep into their lattes while demonising the poor, old and insecure, the carry-on has been beyond parody.

It has been a particularly grim couple of days for a soft-left newsaholic like me with a tenderness for the arts world. To quote one performing artist’s tweet — “Ashamed. Terrified. Shocked. Horrified”. Indeed: but it was not the actual vote that shocked, life having taught me that democracy has rough patches. It was the online squawk of reaction by my timeline, my tribe: cultural icons, colleagues, friends. If they feel “let down, betrayed, distressed” by the result, so did I by the mass response of the liberal media and arts sector to this vote against a 43-year-old administrative arrangement.

(That’s the accessible bit) Behind the paywall:


These are directors, actors, critics, cultural titans, intelligent lefties. Yet the carry-on was beyond parody: anguished bunker-mentality tinged with patronising. generalising hauteur about those who voted Leave. There had been nonsense from that general direction in the days before, alarm calls like panicked parakeets about how Brexit meant turning your back on Beethoven, Picasso and foreign cooking.”

Do read it all if you’re a subscriber to the Times online, or buy a copy. I disagree with some of the things she says, but after all, she was a Remain voter, and the obligatory comments about Nigel Farage and ‘that poster’ are par for the course.

My dear departed mother and her generation, (both parents staunch Labour supporters and readers of the pre-historic Manchester Guardian) would be turning in their graves if they could see us now.