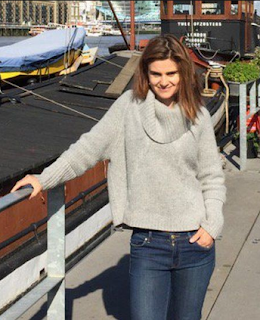 It's proving hard to take in the horrific murder of Jo Cox, isn't it?

I'd never heard of her before she was killed but, like many, I've been in shock at her murder ever since.

I just keep thinking of the hideous way she was murdered and about her poor children - her three-year-old daughter and five-year-old son. Plus how everyone in politics, from whatever side, seems to have liked her.

And then everyone else piles in with their suffocating agendas and I find myself getting lost again. (I don't cope well with piles).

But it's time to at least try to say something, probably - for what it's worth...

I drove home on Thursday listening to the moving reactions to the murder of Mrs Cox from Labour's Joan Walley and the Conservatives' Andrew Mitchell on Radio 4's PM, sensitively handled by Carolyn Quinn.

Then I watched the BBC One News at Six, which did an excellent job. It (and Nick Robinson, who the programme interviewed) managed to convey the sheer horror of what had happened whilst keeping a cool, cautious manner of reporting. It didn't seek to speculate or score points, and even held back from mentioning the 'Britain first' (or 'Britain First') claims then widely circulating in other parts of the media (and on social media).

I then went online. Some of what I read helped. Quite a lot didn't. There were more touching articles in the online newspapers but also quite a lot of unhelpful speculation.

One thing is certain though: The agenda-pushing started very early. Almost immediately, in fact.

I felt so annoyed by that agenda-pushing that part of me felt like posting about it at the time, but I thought better of it. It would have felt too much like me agenda-pushing. And it was far too soon anyhow.

Former senior Sky journalist Tim Marshall held back a day or so before registering similar feelings of disgust:

Remainers point to the Leave campaign’s dog whistle politics. Leavers now argue that Remainers are politicising the issue to score cheap points. Some people argued that there was a reluctance to call the attack terrorism. All sides have valid arguments but minutes after the confirmation of the death of Jo Cox was not the time to make them.

Looking back, Tim certainly had a point. A lot of people just couldn't help themselves. The bees in their own bonnets appear to have trumped everything else, including common decency.

I garnered - from comments on other 'anti-BBC sites' - that the BBC had behaved much more cautiously that day than Sky (and many of the newspapers) when it came to airing speculation about the political motives of the killer.

(Not that any of those comments directly said as much. It was just that all their fire was, for a while, squarely aimed at Sky, the Telegraph, the Guardian, etc. 'BBC bias' was largely forgotten for a few hours).

That matched my experience of what I'd just heard and seen that evening.

Elsewhere things were falling apart though. The Guardian, on one side, was starting to smear the pro-Brexit side. And Breitbart London, on the other side (and then some), was desperately seeking to discredit the idea that the killer might have far-right links.

Agendas were seriously, disgracefully and very vigorously being pushed....

....and both of those media outlets have continued down their respective paths ever since, to their great discredit.

I won't go into to much detail about Polly Toynbee & Co's contributions at the Guardian, about which they should be ashamed of themselves (and regular readers will know what to expect from them), but Breitbart's coverage (which has spread onto other 'anti-BBC sites') has been at least as shameful.

Breitbart's feverish attempts, while Mrs Cox was still breathing, to promote the 'nothing to see here' line regarding the alleged killer's alleged links to the alleged far-right and promote the counter 'it's all about his mental illness' line have been frankly jaw-dropping and appalling.

And after all their desperate 'debunkings' of the mounting evidence that the alleged killer might actually, allegedly, have a far-right distant past and even a far-right recent past - plus his responses in court, "'Death to traitors, freedom for Britain'" -, they've still kept on grimly trying to assert that 'it's all about his mental illness' and that it's everyone else who's biased and behaving shamefully.

It may well be. Or it may not be. The suspect's alleged motivation is for the law to decide now. Accusing others of pre-judging while furiously pre-judging yourself just isn't good though.

And quite a lot of people on our 'wing' on the blogosphere have been doing it just as much of that as those on the opposite 'wing' of the blogosphere. They should all be ashamed of themselves. (Not that any of them will be).

Plus now a surprising large number of the commenters below the line at Breitbart are indulging and furthering disgracing themselves (and their blog) by group-hugging themselves in a crazy 'false flag' conspiracy theory that the EU/Remain murdered Jo Cox to derail the pro-Brexit campaign.

(I'm not joking, I'm afraid. They really have been saying that in large numbers over there.)

It needs to immediately stop - as this piece by Iain Martin makes clear (please click on the link!)

As for the BBC, I also watched Thursday and Friday nights' editions of Newsnight and found both of them, taken together, absolutely exemplary. They were duly cautious about things they ought to have been cautious about, and kept sounding those cautions whilst giving voice to various non-controversial and controversial points-of-view from various angles. Their reports were honest and fair. And if Thursday's edition gave more of a platform to those who wanted to push the 'dog whistle politics' line, Friday's edition gave more of a platform to those (including Danny Finkelstein and Douglas Murray) who eloquently dismissed such charges. I was relieved and heartened by Newsnight's behaviour. 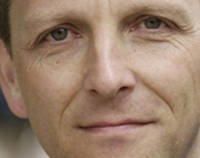 The one BBC reporter who struck me as seriously letting the BBC down was Mark Easton. His blog was barely distinguishable in content from those articles and tweets from those partisan pro-Remain types who have absolutely disgraced themselves in the past couple of days (like Polly Toynbee):


The phrases "political class", "the establishment" and "the metropolitan elite" are almost routinely deployed to undermine respect for our democratic representatives, for Parliament and for public servants.
Anti-politics is now a recognised force, particularly online.
Social media can be the most antisocial place. Good manners and decency are drowned in a sea of bile and hostility.
The EU referendum campaign has seen the normal rules of political engagement suspended, traditional party lines washed away as supposedly honourable members trade insults and foster contempt.
Facts and expertise are dismissed as self-serving fictions, the cry of "liar!" echoing from both camps.
And with immigration the dominant theme of the referendum debate, there have been moments when the "respect for other cultures" the prime minister wishes to promote has been replaced by statements that sound more like inflammatory xenophobia.
There are, of course, very real concerns about the impact of immigration on our country.
But the rhetoric has shifted from concerns about the phenomenon to the threat from "foreigners".
I have heard it repeatedly from voters on the streets in recent weeks.
It is certainly unedifying and, perhaps, dangerously subversive.

Not that Mark Easton's liberal bias on immigration has ever exactly been well concealed, but here he's being blatant in focusing his criticism on the rhetoric of one side of the present EU argument, and in linking "xenophobia" and the word "unedifying" to the views of "voters on the streets". He's taken us right back to exactly the kind of ultra-biased BBC worldview that various 'repentant' BBC types have kept assuring is now a thing of the past.

He even uses a word I doubt he's ever used before in a BBC article - at least without putting it in heavily inverted commas. He calls such views "perhaps, dangerously subversive".

When was the last time you ever heard/read a BBC reporter describing any contemporary strand of British opinion as "subversive"? I'm betting - like me - you've never heard it before. It's not the BBC way, is it? And, if I may be so bold, m'lud, he's talking about us.

I've not watched the BBC One News at Ten or much else on the News Channel so I don't know if it's true, as I've read elsewhere, that Mark Easton was the BBC journalist most eager to report the 'Britain first' claims - i.e. to push the political angle to the murderous attack. It wouldn't surprise me in the least if that was the case though.

Today's I've watched Dateline London and listened to Any Questions.

Dateline focused on the Mark Easton/Polly Toynbee angle. Fortunately leading Brexit campaigner Alex Deane was on and argued robustly - and admirably (to my mind) - against that angle - and against the combined onslaught of Marc Roche and Stephanie Baker and BBC presenter Gavin Esler - and, albeit much less strongly, Brian O'Connell (who tried to strike a middle way between them and, unusually, found himself in the line of fire for so doing).

Alex took it in good spirit though:

It's well worth catching up with, if your blood pressure will stand it. It will make you think.

And talking of threats to your blood pressure...

Any Questions, in reaction to the killing of Mrs Cox, was an audience-free studio discussion. It featured Polly Toynbee and Max Hastings (both Remain), and Claire Fox and Peter Oborne (both Leave). It's also well worth listening to.

Polly, as ever, was the biggest threat to my blood pressure. She railed about the wickedness of one side of the EU referendum debate but I note she didn't answer Claire Fox's point about the demonisation of Nigel Farage, UKIP and UKIP supporters from her side.

I had that in mind especially because of a point from Sarah AB at Harry's Place regarding Alex Massie's original piece at the Spectator all-but-smearing Mr Farage with a charge of culpability for the murder of Jo Cox: How would the likes of Mr Massie (and Polly Toynbee) feel if Nigel Farage was assassinated by a far-left extremist, 'as a result of' all the hatred aimed at him?

Jonathan Dimbleby controlled the discussion fairly, though his own contributions clearly placed him as not being on Claire Fox and Peter Oborne's side (and he embarrassed Max Hastings too). Though he wasn't too biased, I'd put him as clearly 'pro-Establishment' and 'pro-Remain' on this evidence (unsurprisingly).

Sorry. I know this isn't a post that gets anywhere close to doing justice to any of the issues at hand, but it's all I can manage. Whether 'something' is better than 'nothing' I'll let you judge.
Posted by Craig at 22:32