The Age of Aquarius passes 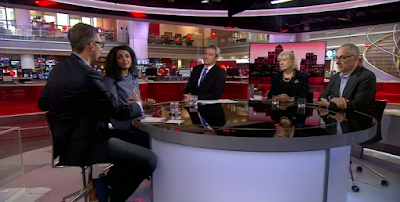 It seems I was also premature (around four weeks ago) in giving credit to Dateline London for markedly improving in recent months as regards balance on its panels. Since then it's slipped back sharply into its old ways, with both last week's edition and this week's edition being especially unbalanced over the issues of EU referendum and immigration.

Last week we had two Guardian writers, Polly Toynbee and Nesrine Malik, plus Greg Katz of the Associated Press and the BBC's Dmitry Shishkin; this week we had Greek leftist Maria Margaronis and Portuguese leftist Eunice Goes, plus Stryker McGuire and Ned Temko.

The discussions on that subject - and more generally on immigration - from these overwhelmingly left-leaning panels have been something to behold: an absolute outpouring of mutual agreement about why Brexit would be a bad thing and why immigration is a good thing. This week's discussion even involved two guests (Maria Margaronis and Stryker McGuire) explicitly stating that they all agree on the issues (with presenter Shaun Ley rightly distancing himself from that comment!)

The panels could hardly have been more unbalanced.

For a flavour of the discussion, here's a BBC-on-BBC exchange from last week's edition between Dmitry Shiskin, digital development editor for BBC World Service (a panellist) and Gavin Esler (presenting) (beginning at 11:00):

Dmitry Shiskin: Well, this topic is very close to me personally because I came to this country 16 years ago, having got a work permit from the BBC because Britain couldn't find a Russian speaker to do the Russian broadcasts. So that's one example. Another example would be a Russian physicist working at Manchester University becoming a Nobel Peace Prize...Nobel Physics Prize winner. He wouldn't have come to the country a few years ago because the Highly Skilled Migrant Programme was closed by that time. So I think you're right in terms of saying, yes, highly skilled are needed everywhere but the question is: How many Brits are living abroad and how many of them are qualified to stay in Spain for example?

Gavin Esler: Well, one of our colleagues from El Pais, the Spanish paper, told me that..estimates differ, but he says that Spanish estimates are that 800,000 British people are living in Spain, many of whom are older and are, as he put it, seen as "a drain on our health service".

Dmitry Shiskin: Wouldn't have qualified. And the second point is that I come from a very humanist approach to this. I think modern society should be about the flow of ideas and the flow of people and everything else, and potentially we can talk tactics but strategically. I think the world is a connected place...

I see someone has complained about yesterday's programme already: 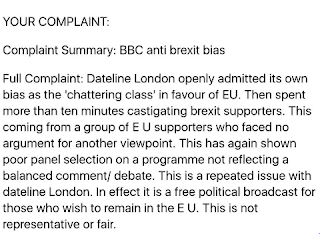