Mishal Husain, the EU and immigration 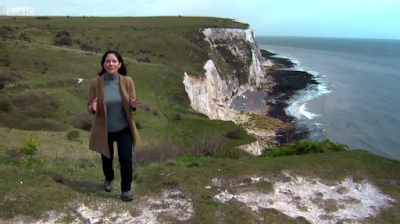 I've been a little bit surprised at how little has been written (so far) about Mishal Husain's BBC Two documentary Britain & Europe: The Immigration Question.

I've seen barely a comment about it anywhere (other than here).

For me, however, it was one of the most striking 'landmark' programmes of the BBC's entire EU referendum coverage.

Why has there been so little comment? Was it because few people watched it? Or that they did watch it but found nothing to complain about?

I have to say that I found it thoroughly biased.

Yes, Mishal Husain & Co. covered their backs by featuring plenty of people from each side and making impartial noises throughout, but the programme's structure was fundamentally biased.

That biased structure followed a classic template (however disguised it may have been):

Start by focusing on the side you don't agree with.

Give them time (say the first quarter of an hour) and allow them a good hearing so that you appear to be being fair.

Then spend the rest of the programme (three quarters of an hour) taking their points one by one and systemically trying to undermine or debunk them.

Add more and more attractive voices from the side you do agree with as you go on (say lots of successful, well-integrated, UK-loving EU migrants).

Add other voices from the side you do agree with who people who don't share your point of view will relate to even more (say fearful British expats).

Keep adding that every case you've shown which suggests mass EU migration has had unfortunate consequences isn't typical of the UK as a whole.

Also keep carefully, cautiously, adding your own points pushing the narrative of the side you support.

Keep including voices from the side you don't agree with though in order to keep appearing fair, and - if possible - use them, wherever you can, to back your case (say using Matthew Goodwin and Iain Duncan Smith to rubbish concerns about benefits tourism expressed by members of the public elsewhere). 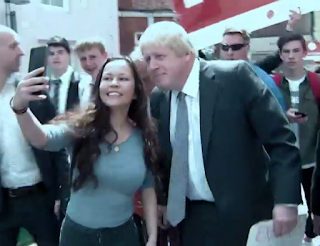 The first quarter of an hour was dominated by pro-Leave/immigration-sceptic voices (plus an empathetic if not sympathetic academic) -  Sonia from Clacton, Douglas Carswell MP, Professor Matthew Goodwin, Alp Mehmet of Migration Watch and Rod Liddle. Plus Alan Johnson from Labour In for Britain (for the Remain side)  - the 'dissenting voice' - was shown being challenged by Mishal Husain.

Despite Mishal noting 'in passing' that Clacton has unusually low numbers of EU migrants, this was 'a dream start' for pro-Leave viewers.

Then came the remaining three quarters of an hour of the programme.

Though other pro-Leave voices were included, along with those we'd already met - Iain Duncan Smith, Angie from Boston - and some hard-to-position public servants (head teachers, GPs) were also given space to point out the problems (and blessings) of sudden mass EU immigration....

...this (much longer) section of the programme focused far more on the pro-Remain/pro-mass immigration voices.

We heard from a successful Lithuanian migrant couple, Jonathan Portes of the NIESR, Alan Johnson (again), Professor Heaven Crawley, various EU migrant workers, Madeleine Sumption of the Migration Observatory, various likeable Edinburgh university students from the rest of the EU who love us, Stephen Gethins from SNP In Europe; Basia Klimas-Sawyer, a successful long-time migrant from Poland who loves England; Grazyna Lisowska-Troc, a successful Polish migrant to UK, and her charming daughter...and not one but two expat couples who love EU freedom of movement and like what the EU has done for them and who fear a pro-Brexit vote.

Every place she'd gone to in order to report those concerns wasn't typical, she kept saying. In the rest of the country the downsides of mass EU immigration aren't anywhere near so stark, she kept saying.

Then came the sections on: pro-immigration Scotland (something Mishal asserted as a fact despite polling evidence from the BBC itself showing that Scotland is almost as keen as England to tighten up on immigration); the fears of British expats living in the EU thanks to EU freedom of movement (even though one man said he might have voted 'Leave' if he still lived in the EU); and, finally, the thoughts of those economically-helpful, flourishing, robustly middle-class EU migrants who have taken up living in Britain and taken up British citizenship, and who love living here, love the UK and love us. 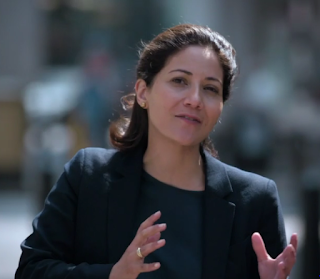 And then there was Mishal's commentary. Here's a sample:


(Following on from Alan Johnson): Recent figures from the taxman support the assertion that migration has been good for the economy.

(Teeing up Jonathan Portes): In London more than a third of the population was born outside the UK. It's the most economically successful part of the country, crucial to the national economy. Some say the two things are linked.

(Teeing up Professor Heaven Crawley:) One industry where (migrants) play an important role is in caring for our ageing population.

(Debunking concerns about pressure on schools): A quarter of this schools pupils come from Eastern Europe and like other parts of the UK with high numbers of migrants there is real competition for places. But nationally a different picture emerges. We know that most children in Britain do in fact get into the school they want.

(Debunking concerns about pressure on the NHS): With such a high concentration of migrants Peterborough is far from typical.

(Debunking concerns about pressure on the NHS): Most migrants are young so they use health services much less than average.

(Debunking concerns about pressure on the public services in general, and teeing up Madeleine Sumption): But there is something missing in the argument you often hear about migration putting pressure on public services as a whole. Most of the arrivals from the EU are working and paying taxes. Surely that extra money should help pay for extra demand on hospitals and schools.

(To IDS, who agrees with her about benefit tourism not really being an issue): In fact EU migrants are less likely than UK nationals to claim unemployment benefit, housing benefits, tax credits, all of those.

(About Scottish attitudes to immigration, and teeing up the SNP's pro-immigration Stephen Gethins): So why the warm welcome? As its population ages is simply set to need more people, particularly more people of working age. The Scottish government and the Treasury believe that may only be fully achievable through an influx of migrants.

(Of EU free movement and expats): It's something that's changed John and Irene's lives. Like more than a million other Britons they live elsewhere in the European Union.

(Teeing up Jonathan Portes): There's no doubt that free movement of labour has been great for many Eastern Europeans. And some would argue there's been little negative impact on our communities.

Speaking for myself (and at the risk of bring the Thought Police down on me), I have to say that EU immigration isn't really what matters to me in this EU referendum vote.

Sovereignty, regaining control over our own affairs, security, etc, are issues that matter to me much more than the fact that hundreds of thousands of Poles have suddenly come to live and work alongside us.

It's not that this influx of EU migrants doesn't matter at all, of course. The scale and suddenness of the post-2004 EU influx was shamefully mismanaged by our last inept Labour government (and not managed much better by its coalition and Conservative successors). And there have been too many, too quickly (thanks to EU free movement rules). And that influx has unquestionably had a negative impact on the lives of many of our own low-paid and unemployed countrymen...

...but I don't doubt for one second that many if not most of those EU migrants have been economically and culturally beneficial to us, generally-speaking. And I'm not unhappy to have them here with us either - and, if we vote to leave the EU, I hope that many will stay with us and others will come to live with us.

And very importantly for me, most of those people have not wanted to harm us either (usually quite the reverse).

They don't want to change us or blow us up or decapitate us in the name of their religion.

Immigrants who do want to change us or blow us up or decapitate us in the name of their religion bother me much, much more. We should concentrate on stopping them coming into our country at all costs, and on getting rid of every one of them who does manage to get it and wants to do us harm. That's what taking back control of our borders would mean to me.